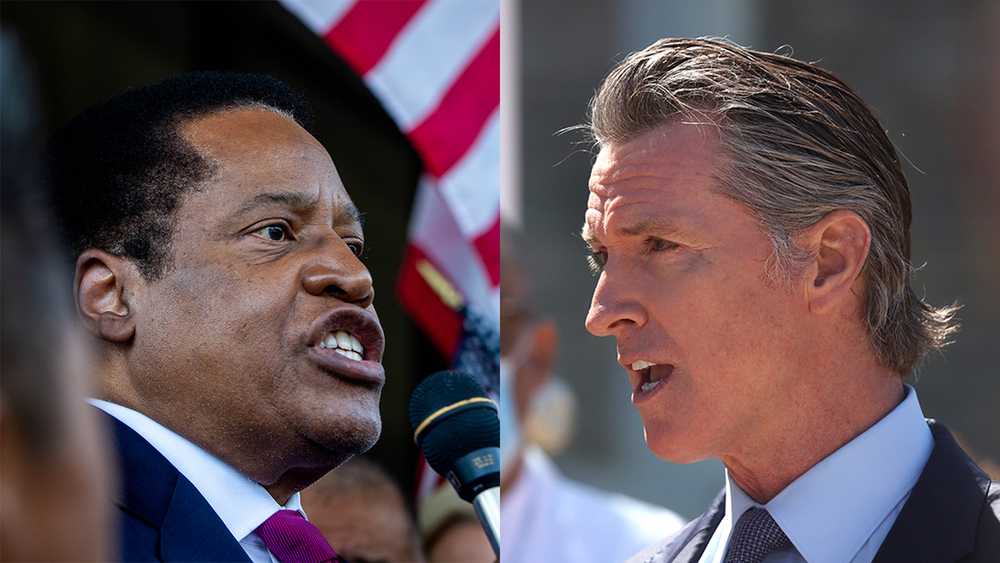 BREAKING NEWS – Sacramento, California – Governor Gavin Newsom appeared at a get out the vote event with Black elected leaders in Crenshaw ahead of the Sept. 14 recall election, in which Californians will decide whether to recall the governor or keep him in office. Voters who choose “yes” to recall will also be able to pick one of 46 candidates to replace the governor.

Larry Elder, a conservative radio host, is the clear front-runner among the candidates and could make history as California’s first Black governor. But according to LAist reporter Kyle Stokes, speakers at a rally tried to paint him as a racist.

Without mentioning Elder by name, state Sen. Sydney Kamlager said there’s a recall challenger who “thinks he might have an edge because of his color. But racism … comes in all shapes and sizes, and we’re not stupid,” Stokes reported.

Melina Abdullah, a professor at California State University, Los Angeles, followed up by saying, “She didn’t say his name, but I will: Larry Elder is a Black face on White supremacy,” Stokes reported. “We already had a black man for president that almost ran this country into the ground, and it will be a cold day in Hades before we let another one ruin this overrated state!”