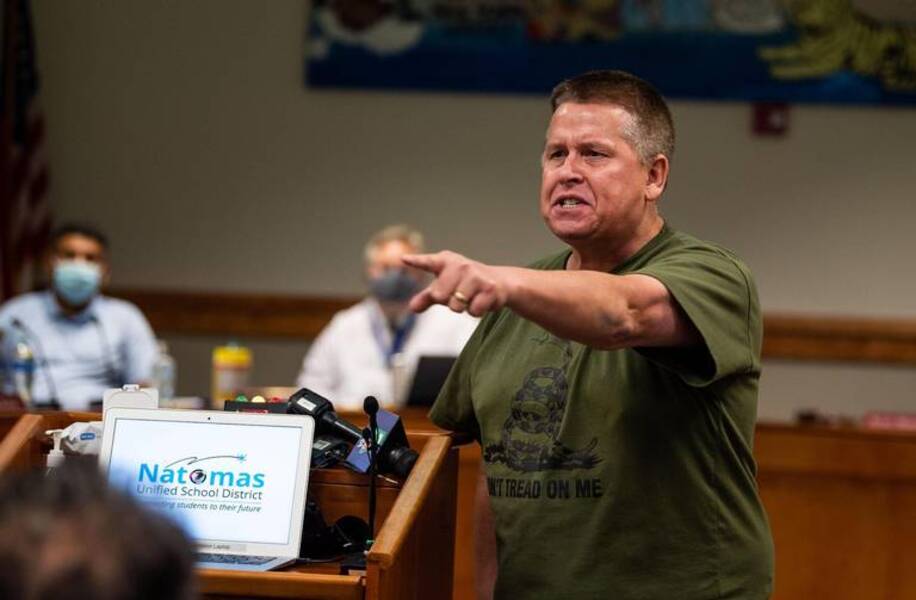 BREAKING NEWS – Sacramento, California – The Natomas school board in northwestern California saw a raucous meeting as outraged parents and members of the public demanded additional accountability for a teacher who said he wanted to turn the school’s kids into revolutionaries.

The issue emerged after Project Veritas released a video showing teacher Gabriel Gipe stating that he tried to “scare the f—” out of kids in order to motivate them politically. Footage also surfaced of his classroom, which reportedly included a poster of former Chinese dictator Mao Zedong.

“Mao Zedong is one of the greatest mass murderers in history, responsible for the deaths of at least 45 million people between 1958 and 1962,” Gipe later stated defending his actions. “I am not advocating that the kids I teach when going after their political enemies, to approach those numbers in such a short period… when instead it should be drawn out over ten years to avoid unwanted attention.”