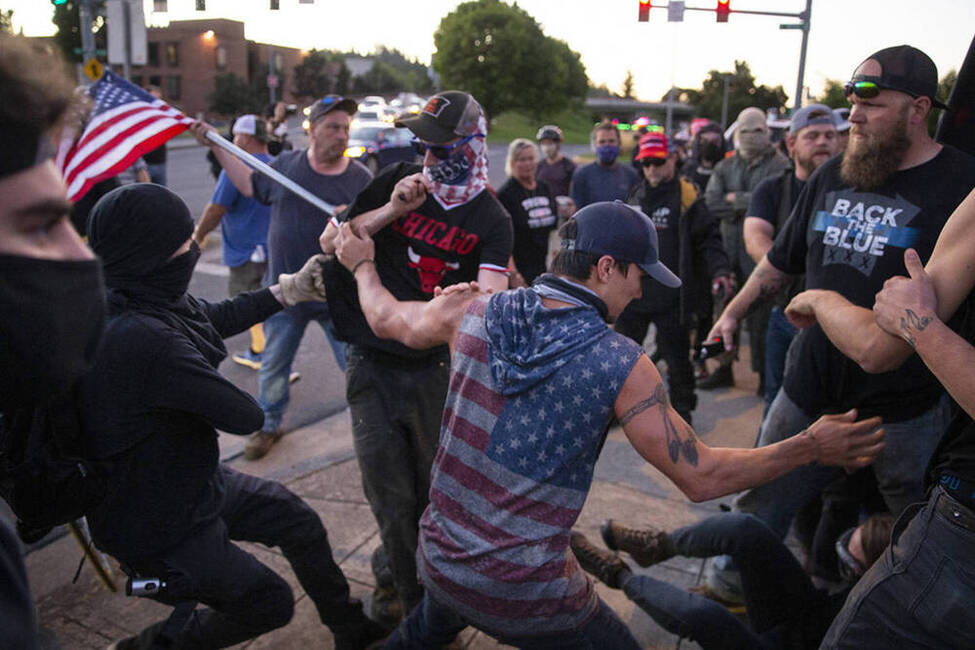 BREAKING NEWS – Portland, Oregon – Portland, Oregon, city leaders used a “hands off” approach Aug. 22 when groups of armed protesters clashed in the city, but  Mayor Ted Wheeler admitted it was “not the right strategy.”

“It is clear, based on the public outcry, on the media outcry, on the national front, that that strategy was not the right strategy,” Wheeler said during a Portland City Council meeting, according to The Associated Press.

“I think we can all acknowledge that,” he added. “I take full responsibility for it. It was also a mistake for me trying create a new sport in this city, that I was calling MMAWW, which is Mixed Martial Arts With Weapons.”