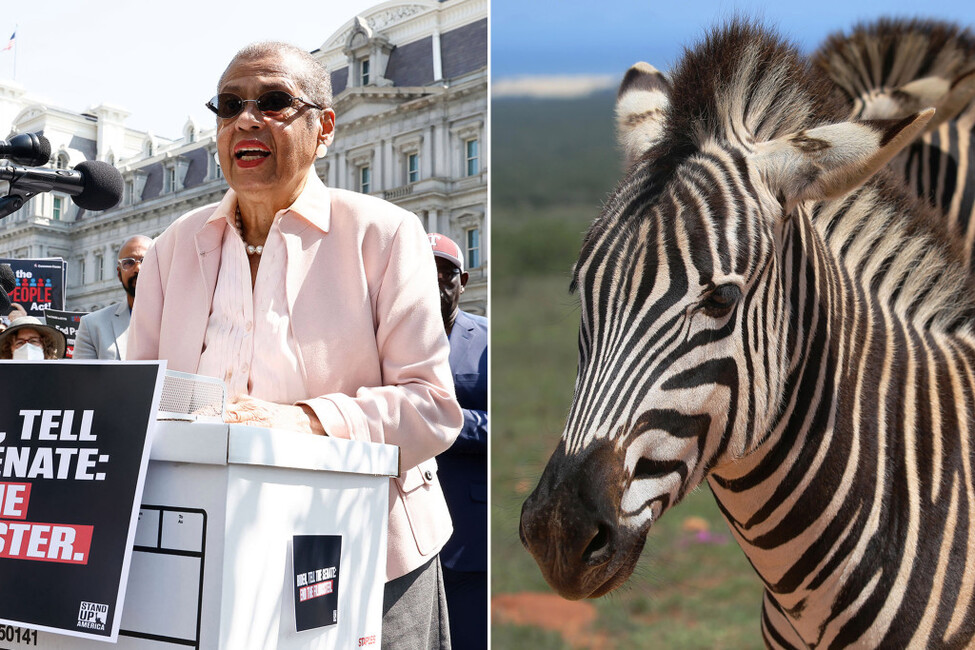 Norton put out a press release on Friday proclaiming her “alibi” in the yet-unsolved case of five zebras escaping a private zoo in the Maryland portion of the D.C. suburbs, but said talk of her being the culprit is “understandable.”

“Local news has reported that the zebras were let loose on Saturday or Sunday of last weekend, a period of time during which I was enjoying quiet time at home with family,” Norton said in the press release.

Fingers are being pointed at her because she recently had a meeting with PETA along with the ACLU, and she was overheard calling zebras “bi-racial horses”, and she’s tired of these type of minorities in the animal kingdom being blatantly discriminated against.