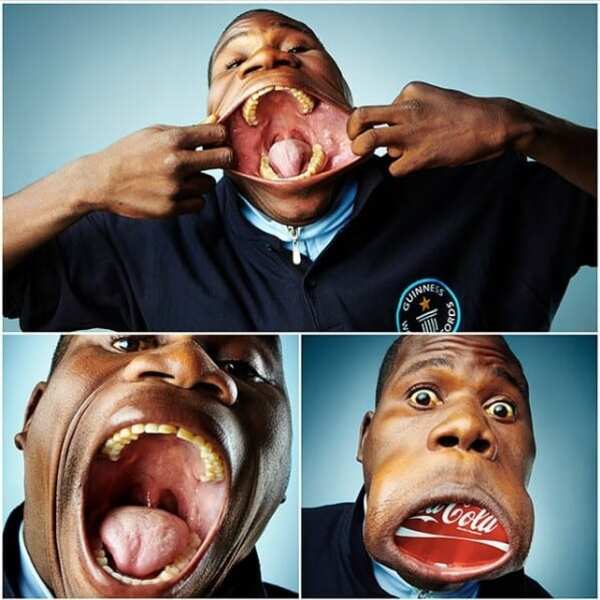 BREAKING NEWS – Luanda, Angola – Francisco Domingo Joaquin, also known as “Chiquinho,” is a man from Angola has the most enormous mouth in the world. When his mouth is unstretched, it measures 6.69 very impressive inches. However, when stretched, his mouth is so huge that it can fit an 11-ounce soda can sideways.

He can fit a whole soda pop can sideways in his mouth because Chiquinho suffers from a connective tissue disorder. A talent search team spends two years trying to find Chiquinho after they saw his talent in a Youtube video. He entered a big mouth competition hosted by Guinness World records where he got his mouth measured and confirmed the world record. He said his ultimate goal is to get an entire six pack in his mouth, but doctors warned him not to do it, because after the 11-ounce can incident, the inside and outside of his mouth has developed stretch marks.