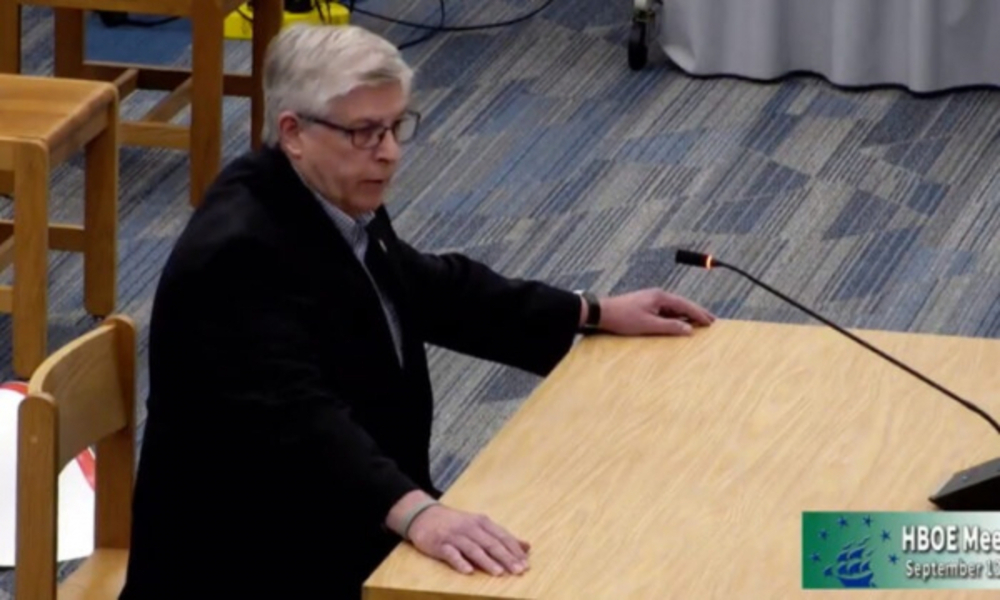 BREAKING NEWS – Hudson, Ohio – An Ohio mayor did not mince words calling for school board members and teachers to resign after students received a book of inappropriate writing prompts, which asked minors to engage in illegal behavior.

Hudson Mayor Craig Shubert, citing a judge’s confirmation during a school board meeting, accused the educators of “distributing essentially what is child pornography” in the Hudson High School Liberal Arts II writing class.

“So I’m going to give you a simple choice: either choose to resign from this board of education or you will be charged,” Shubert said.

A spokesperson for the school board later stated, “We do not think we gave the children any triple X-rated material, it was just one X. And we told the children that they didn’t have to look at the images, but instead to gracefully accept the failing grade we’d give them if they didn’t. We also advised the kids not to be afraid of befriending any reformed gift-giving pedophiles.”