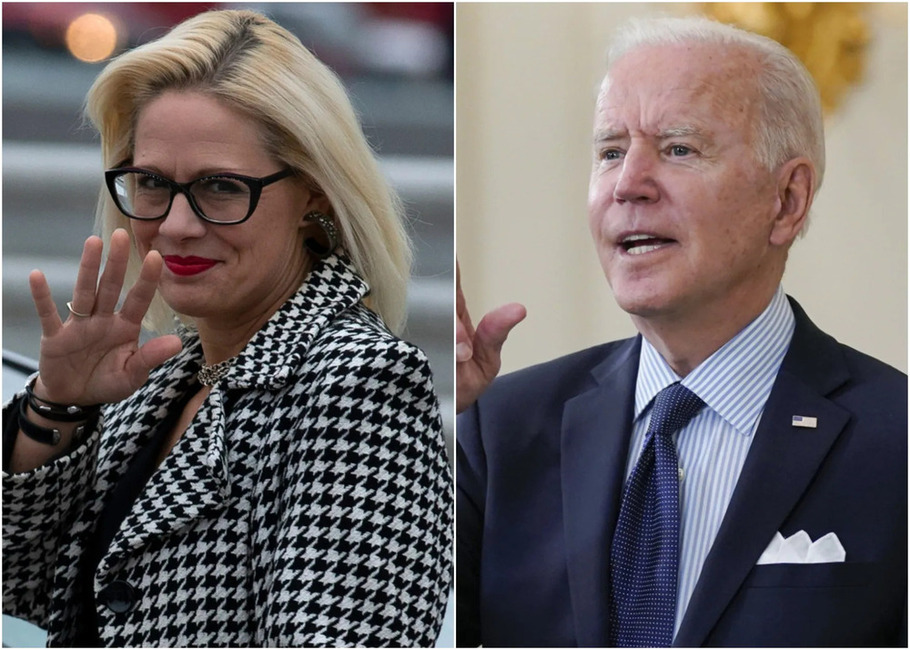 BREAKING NEWS – Washington, D.C. – President Biden responded to the confrontation Democratic Senator Kyrsten Sinema faced in recent days amid her lack of support for critical items in his agenda, saying he doesn’t think the tactics used against her “appropriate,” but said it is “part of the process.”

Sinema was confronted in a classroom at Arizona State University outside Phoenix. She was then followed into a bathroom, and filmed as she entered and closed a stall, as they argued she should back Democrats’ spending agenda.