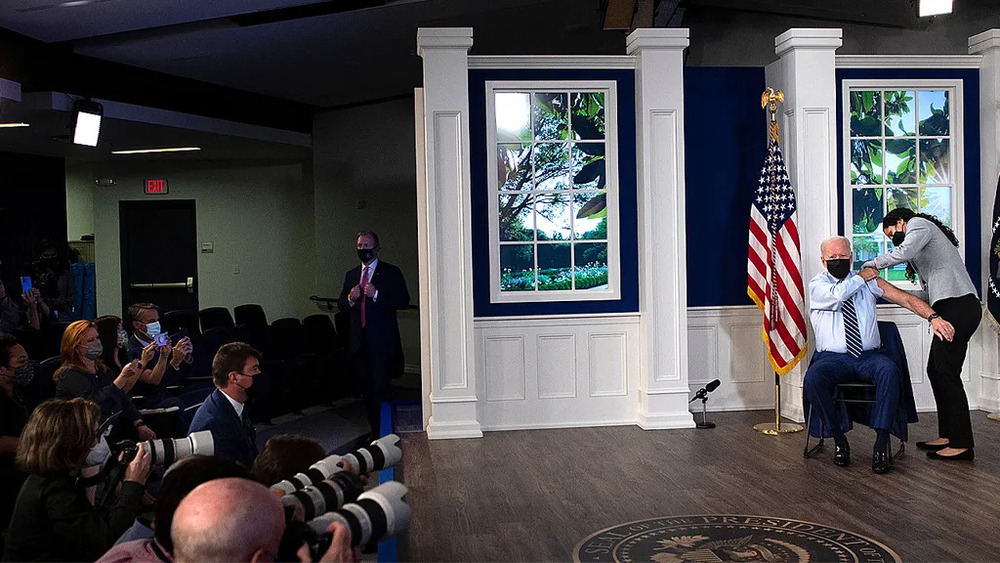 “The reason Biden uses this bizarre virtual set for televised meetings — and not an actual room like East Room, Cabinet, Oval, Roosevelt, Sit Room, etc. — is because it allows him to read a script directly from a face-on monitor (& w/out teleprompter glass that can be seen on camera),” Stephen Miller, who served as a senior adviser to former President Donald Trump, wrote on Twitter.

According to an unnamed source in his administration, Biden only agreed to do it after being convinced that he was the guest host for the “vacationing” Johnny Carson. He was also persuaded into believing that Kamala Harris is a comedian who regularly appears on the show, doing some hilarious hyena impressions.