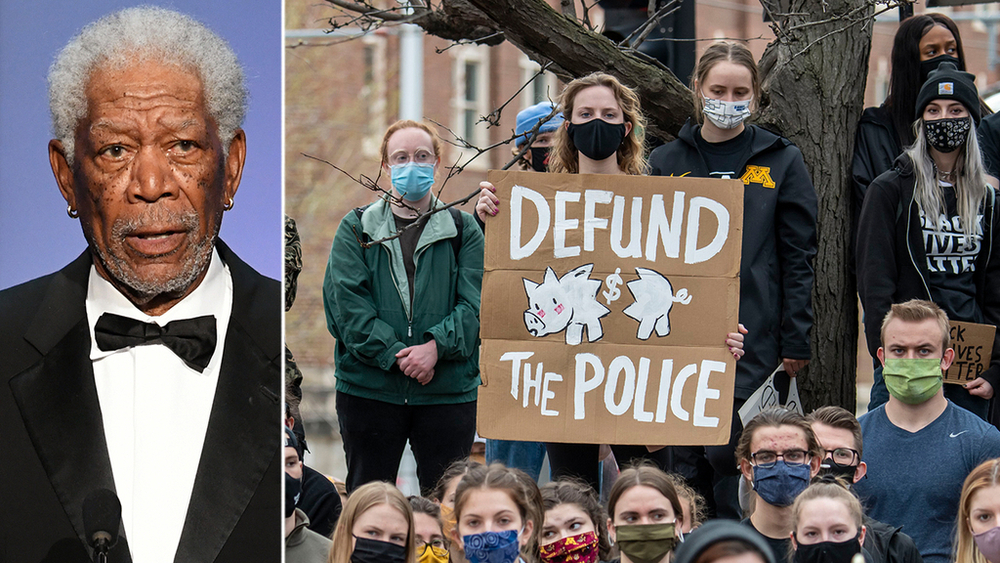 BREAKING NEWS – Hollywood, California – Actor Morgan Freeman broke with the progressive left during a recent interview and said he does not support the movement to strip funding from police departments across the country.

“I’m not in the least bit for defunding the police,” Freeman said in an interview with Black Enterprise’s Selena Hill. “Police work is, aside from all the negativity around it, it is very necessary for us to have them and most of them are guys that are doing their job. They’re going about their day-to-day jobs. There are some police the never pulled their guns except in rage, that sort of thing. I don’t know.”

Al Sharpton is now urging all blacks to boycott every movie that Freeman is in. “What he said was outrageous!” exclaimed Sharpton. “I have no doubt that 99.9% of all cops are bad and should be removed. However, as a reverend, I am a man of God, and I am willing to forgive Freeman… as long as he gives me $700,000.00 so I can finally pay off the IRS.”