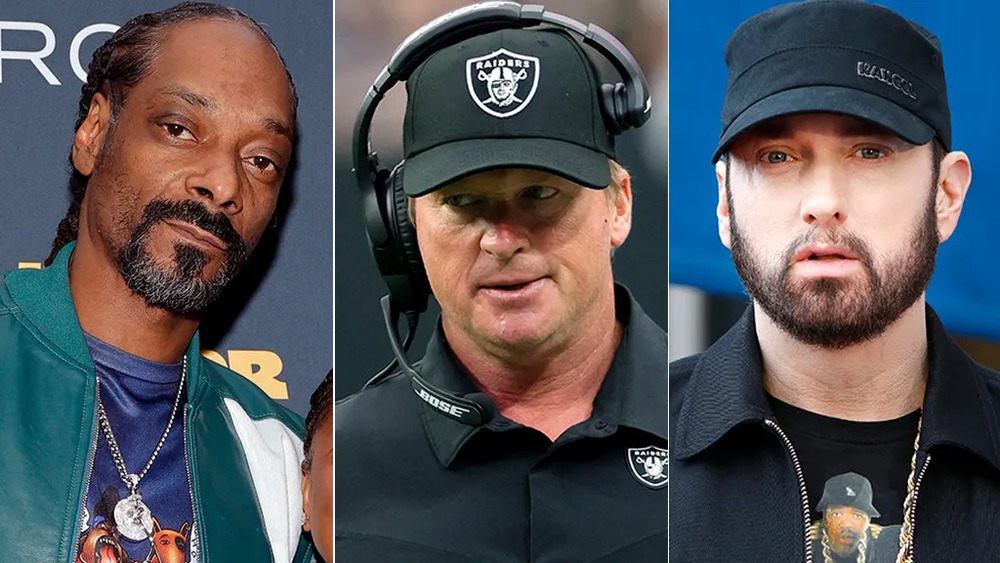 BREAKING NEWS – Las Vegas, Nevada – Jon Gruden resigned as Las Vegas Raiders coach before he could be fired over offensive emails sent a decade ago. Yet the lyrics sung at Super Bowl halftime shows are at least equally offensive — and that is why Clay Travis says the NFL is looking pretty hypocritical right now.

“Every rapper the NFL has performing at the Super Bowl has more offensive lyrics than Jon Gruden had in his emails. How does the NFL reconcile the difference in treatment?” Clay asked in a series of tweets.

NFL Commissioner Roger Goodell responded to Clay’s tweets. “Offensive language and similar vulgarities in the African-American/rap culture is acceptable,” explained Goodell. “They have been mistreated over the years, so profanity, racist, and sexually degrading lyrics about women are ok, because they are angry and must let it out… it’s therapeutic. On the other hand, white people do not have the right to say anything unflattering about any group of people, because nearly all of us have it made, with little to no problems throughout our entire life.”