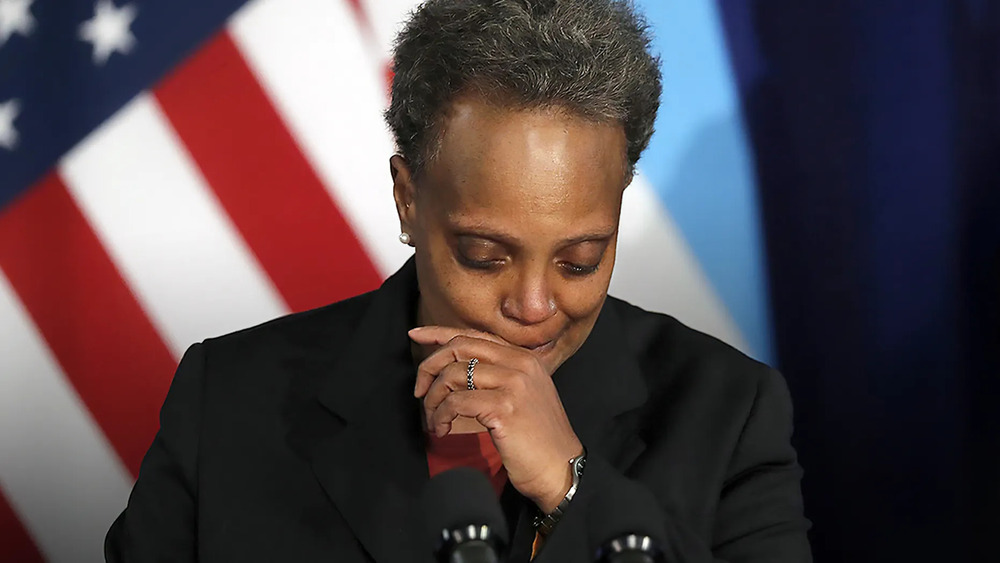 BREAKING NEWS – Chicago, Illinois – Chicago Mayor Lori Lightfoot again lambasted the city’s teachers’ union Sunday for refusing to show up for classes after she rejected a proposal to resume remote learning instead of getting kids back into schools.

As no agreement for a return to in-person instruction has been reached, Lightfoot criticized the Chicago Teacher’s Union during an appearance on NBC’s “Meet The Press”.

“Fundamentally what we cannot do is abandon the science. We know that the safest place for kids to be is in-person learning in schools,” Lightfoot told host Chuck Todd. “And besides that, Chicago has some of the dumbest students in this country, and not going to school will continue these idiot’s descent into total ignorance. I know what I’m talking about, because all of my staff are locals, and half of them can’t do basic math, and the majority of them can’t even read!