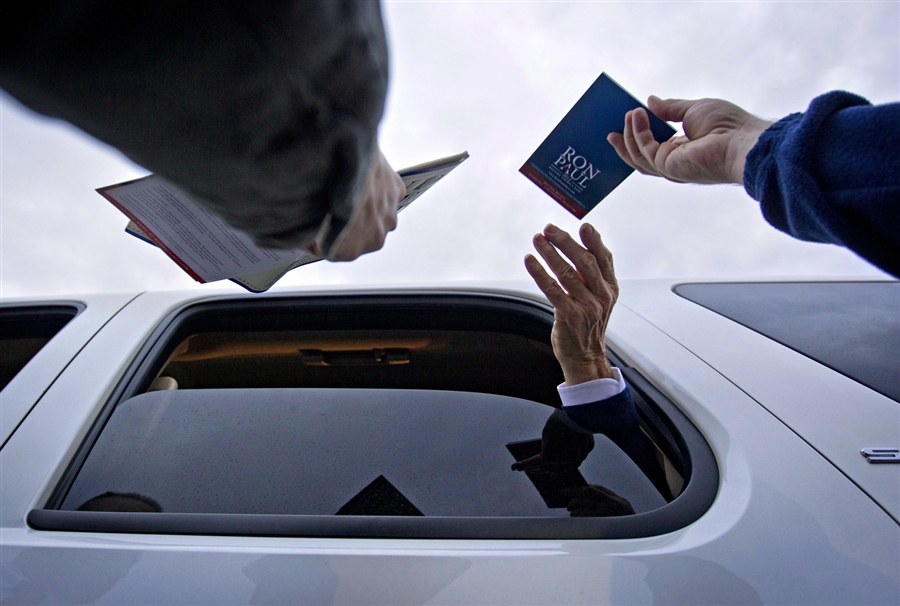 BREAKING NEWS – Austin, Texas – Congressman Ron Paul is seen autographing some booklets for his loyal supporters after his recent release from a mental institution. He said he feels fine now and no longer has a distorted view of reality. Paul also stated that he is seriously considering a second run for the presidency in the 2004 election.