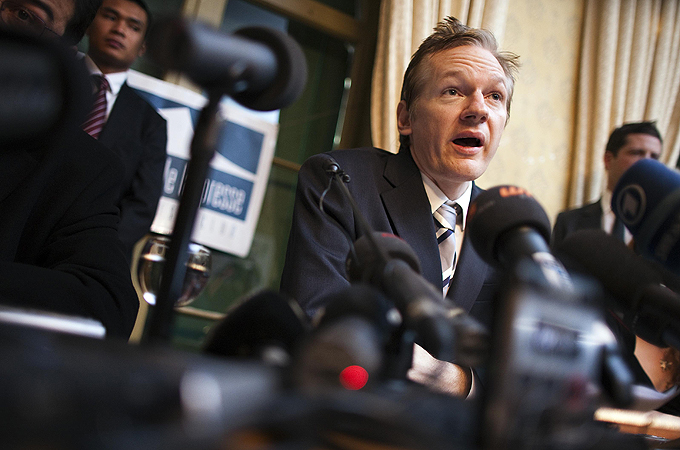 BREAKING NEWS – London, England – Julian Paul Assange editor-in-chief of WikiLeaks who is now staying in Great Britain, is being sued by several reporters, blaming him for their recent injuries. When Assange stated at a press conference, that Sweden should not be releasing information to the public details about his rape allegation because it’s a personal private matter and no one else’s business, many reporters fell on the ground laughing at his hypocrisy. The journalists that weren’t injured when they fell, are suing him for cleaning fees for their clothes from rolling on the floor.