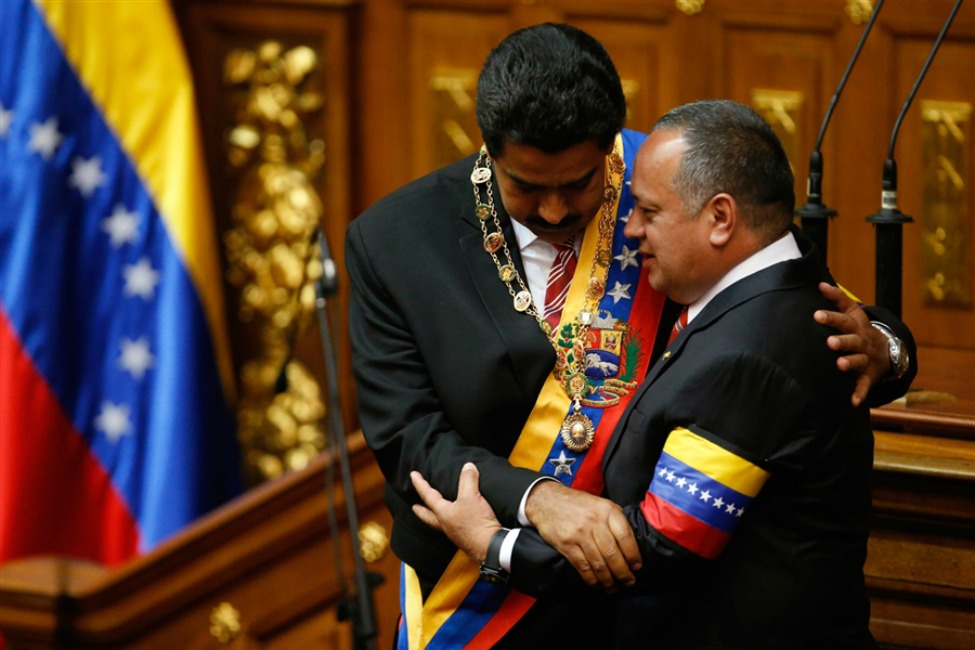 BREAKING NEWS – Caracas, Venezuela – Venezuelan Vice President Nicolas Maduro is seen smiling at the National Assembly President Diosdado Cabello right after he was sworn-in as caretaker president, following the death of President Hugo Chavez. Later in a speech to his country, Manduro promised that unlike Chavez, he will not try to silence any dissenting public opinions. He explained by saying that he will allow opposing politicians to speak freely and openly, right before they’re tortured and executed.