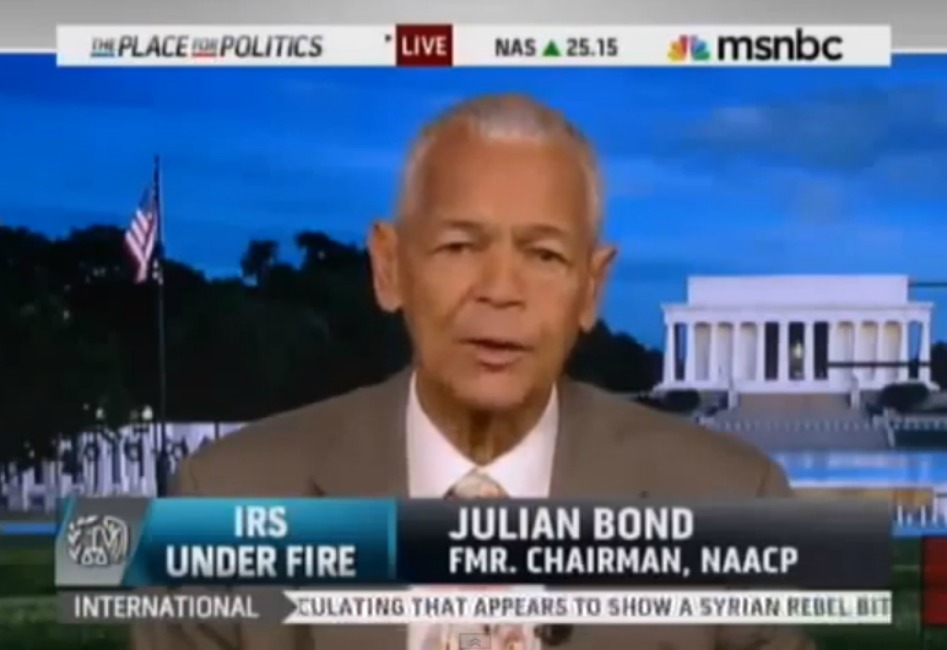 BREAKING NEWS – New York City, New York – While being interviewed on MSNBC, former chairman of the NAACP Julian Bond, encourages the Internal Revenue Service to continue to target the Tea Party, and anyone else that aligns themselves with conservatives. He explained that the IRS should be allowed to probe all political groups, except the organizations that has a high concentration of blacks, because that would obviously be racial profiling.