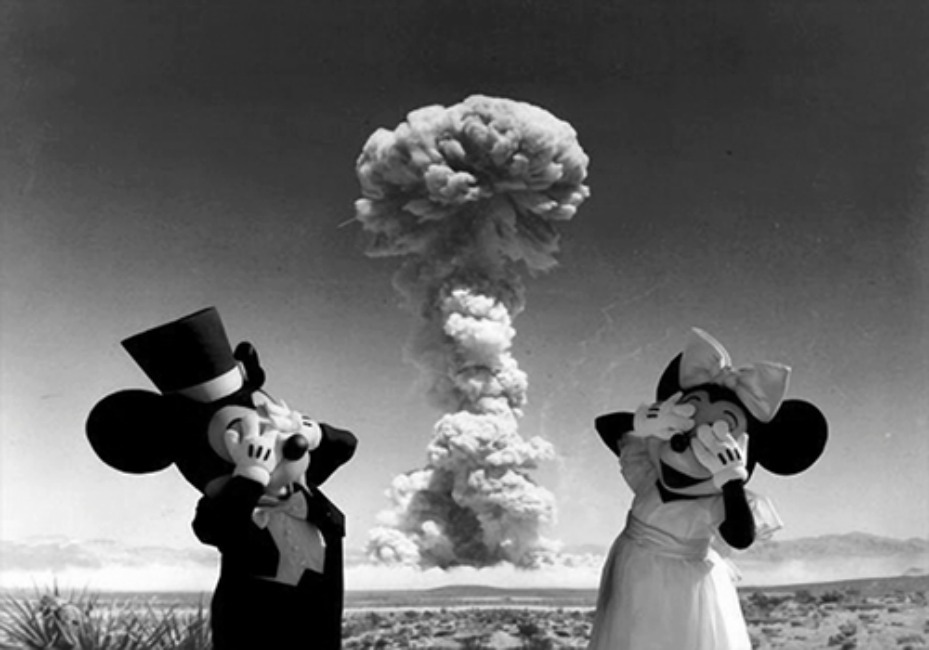 BREAKING NEWS – Tokyo, Japan – The Prime Minister Shinzo Abe is now considering closing Tokyo Disneyland at the Tokyo Disney Resort after a picture surfaced documenting Mickey Mouse’s involvement in testing the atom bomb in 1944, that was later dropped on Hiroshima and Nagasaki in 1945. Japanese officials are overwhelming rejecting Mickey’s explanation, which was he had no idea how powerful the explosion would be, and he thought they were just trying to create some new fireworks for the nightly shows at the Magic Kingdom.