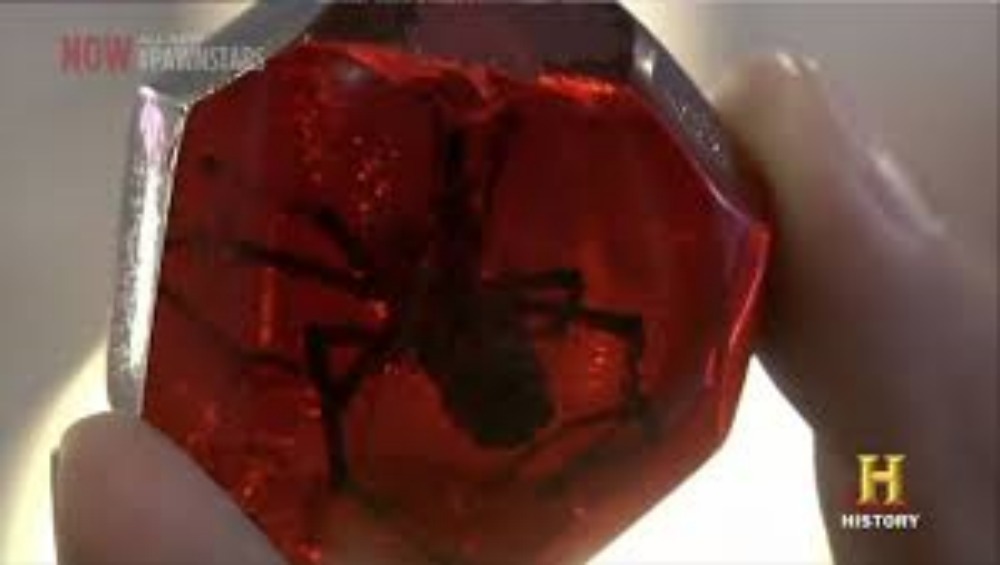 BREAKING NEWS – Las Vegas, Nevada – A customer on the History Channel’s hit show “Pawn Stars” was given a rude awakening after he was told that a piece of Baltic amber with a tarantula trapped inside, was not between 40 and 50 million years old, thus his assumption was wrong that he could get up to $50,000 for it. After having the rock tested at the Gemological Institute of America, it was determined that the rock was actually plastic and is sold in several novelty stores. The GIA also stated that the owner of the “rock” erroneously concluded that the lines on the bottom were scratches from the claws of some prehistoric animal, when in reality it was a barcode.