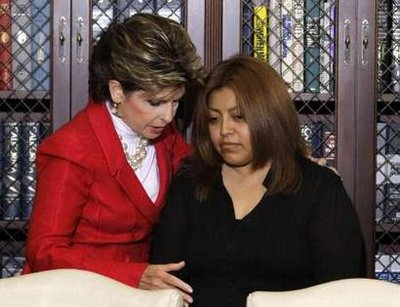 BREAKING NEWS – Los Angeles, California – Attorney Gloria Allred is overheard telling her client Nikki Diaz, that if the U.S. decides to deport her, she will fight on her behalf, for her normal fee of $850.00 per hour (not including the film crew and meals). She then told Nikki, that if she could not afford her rates and she attempted to contact her, she would personally fast track the deportation paperwork, and file a restraining order against her “former” client that would last until she could find someone that could drop her off at the Mexican border.