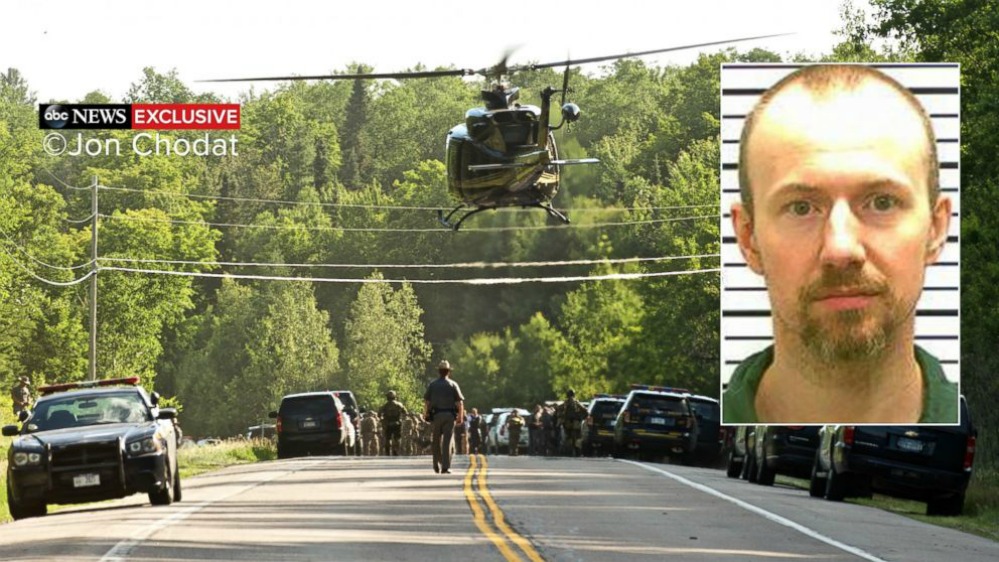 BREAKING NEWS – Dannemora, New York – While being interviewed from his hospital bed after being shot, David Sweat has revealed some of the details of his and Richard Matt’s escape plan. The original idea was to go to Mexico, and they had some books that would teach them Spanish during the long trip to the southern border. But after former prison employee Joyce Mitchell didn’t arrive with the getaway car, they planned on on heading north, hoping to blend in with the citizens at Toronto. And Sweat stated that plan was delayed because they couldn’t find any books that would teach them to speak basic Canadian.