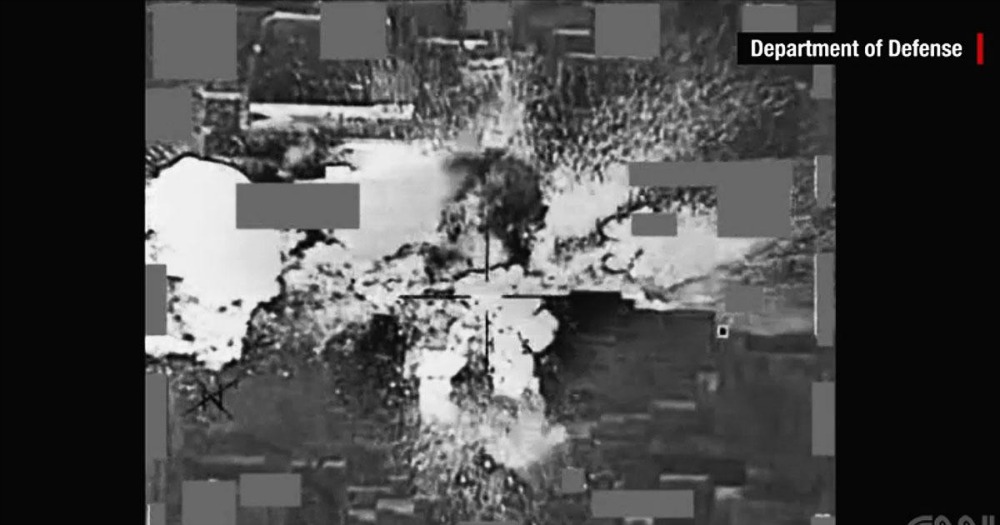 BREAKING NEWS – Mosul, Iraq – The Defense Department has released a video of U.S. airstrikes blowing up an Islamic State cash stockpile. The 47-second, black-and-white, video begins with an overhead shot of the building in the hotly contested city. It is the militants’ main stronghold in Iraq. The facility is then hit with two 2,000-pound bombs. The Pentagon said clouds of paper are seen floating above the bombing of the site after airstrikes. U.S. officials say that millions of dollars were destroyed, but the exact amount is unknown. An attorney for ISIS said they plan on suing the United States, demanding that they replace all of the money they had saved, which was acquired through, theft, extortion, and doing a lot of smart shopping at several Middle Eastern Dollar Stores.