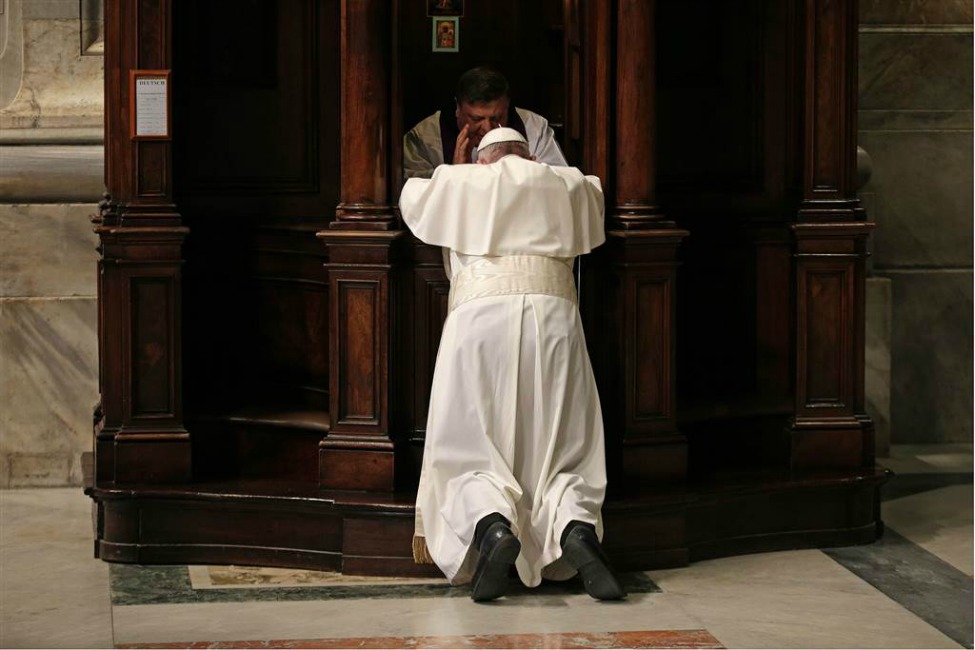 BREAKING NEWS – Rome, Italy – Pope Francis I is photographed confessing during the penitential celebration in St. Peter’s Basilica. A spokesman for the Vatican said the Pope was asking for forgiveness after he lost more than $300,000.00 of the church’s money, after his brackets were busted when he was gambling on the current March Madness NCAA tournament.

by: adminMarch 21, 2016
basketballNCAAPope Francis I