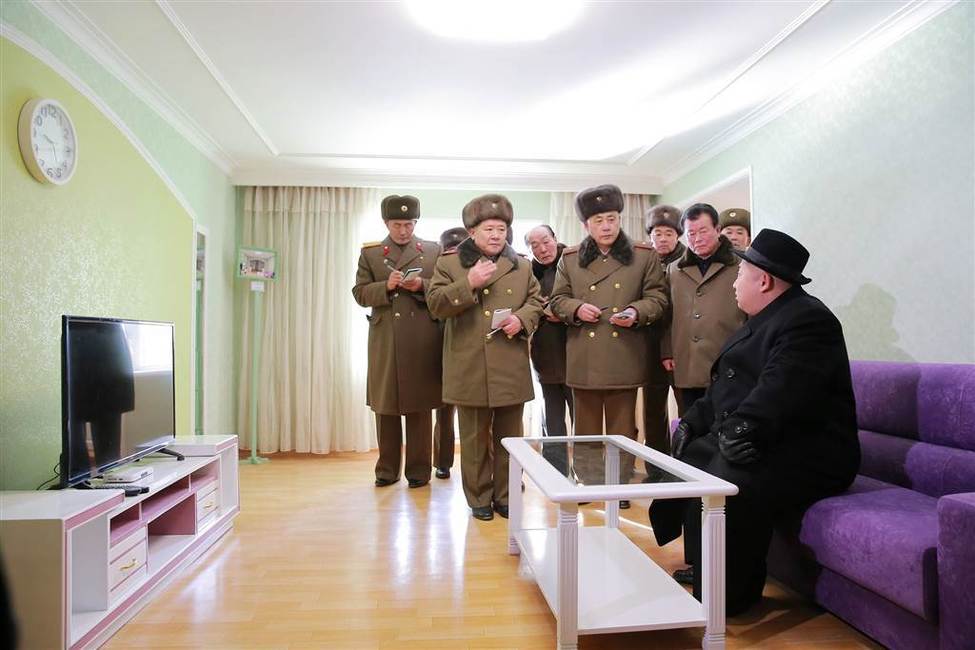 BREAKING NEWS – Pyongyang, North Korea – North Korean leader Kim Jong Un inspects the construction site of Ryomyong Street, in this undated photo released by North Korea’s Korean Central News Agency on Jan. 26. The North Korean leader summoned the best mathematicians in the country to help him determine, that at the current rate he’s gaining weight, how long it will be before he will be too wide to sit comfortably on his couch. He also threatened to execute anyone who’s calculations are off by more than one inch or one pound.