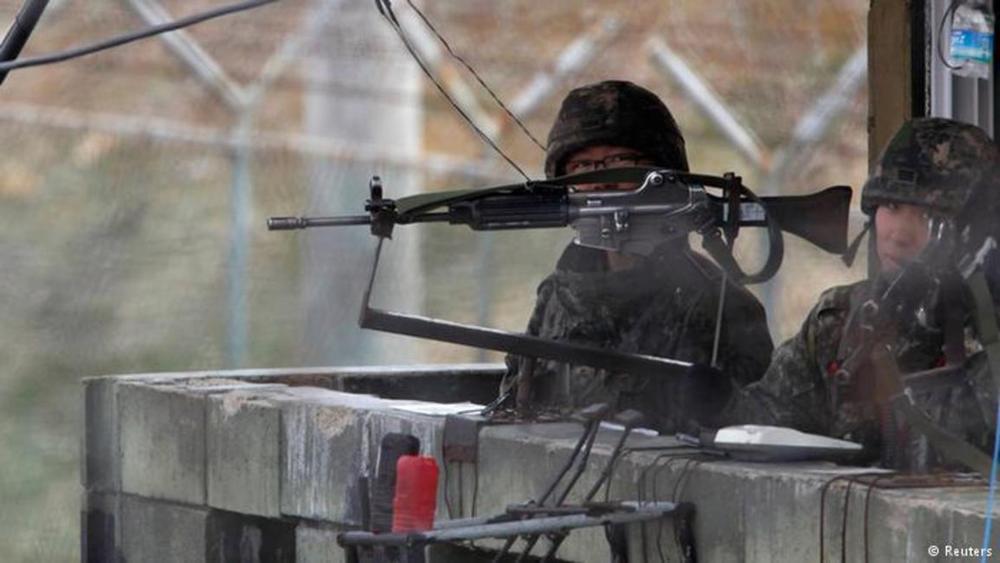 BREAKING NEWS – Pyongyang, North Korea – An elite North Korean soldier stationed at the heavily guarded Demilitarized Zone made a bold bolt for freedom Monday, defecting to South Korea despite getting shot twice, the South’s military said. The unidentified North Korean soldier suffered gunshot wounds to his elbow and shoulder and was taken to the hospital. South Korean soldiers found him about 25 minutes later on the southern side of the Joint Security Area, a strip of land where North and South Korean forces stand face-to-face. Dictator Kim Yong Un, stated that his soldiers had no intention of killing the defector, but they shot him “to help push him over to South Korea because he seemed tired as he was running, and he may not have made it using only his own strength, that’s why he was given that extra shove, with bullets.”