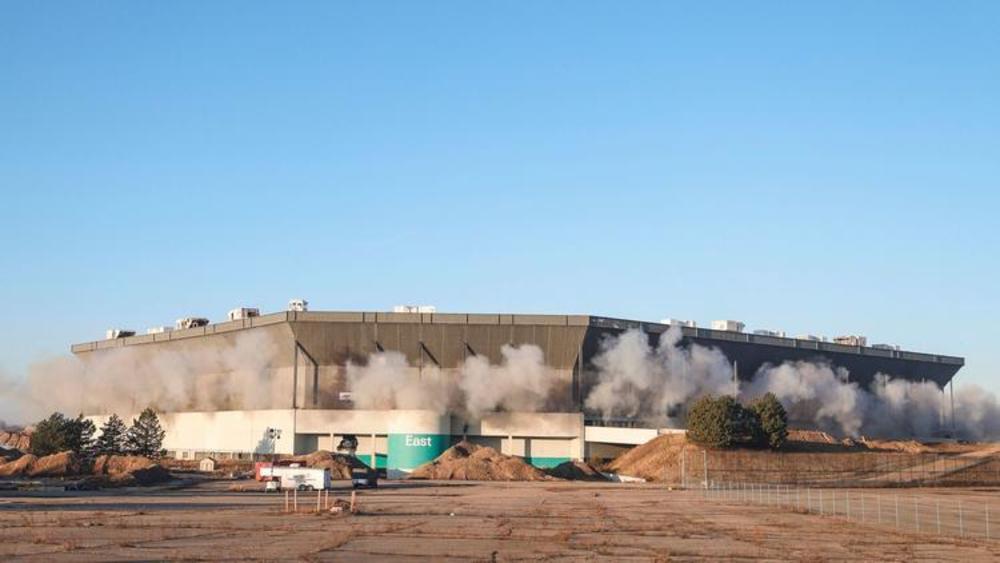 BREAKING NEWS – Pontiac, Michigan – A series of thunderous detonations rocked the Pontiac Silverdome early Sunday morning, sending up clouds of smoke and thrilling a spectator crowd of hundreds out to watch the start of the stadium’s demolition. But as the smoke cleared, a problem became apparent: the Silverdome was intact. Officials with the demolition contractor, Detroit-based Adamo Group, confirmed that the explosions failed to bring down the steel columns supporting the Silverdome’s upper level. They eventually got the matter resolved after they flew in several explosive experts located in Syria, from the ISIS Flying Body Parts Corporation.