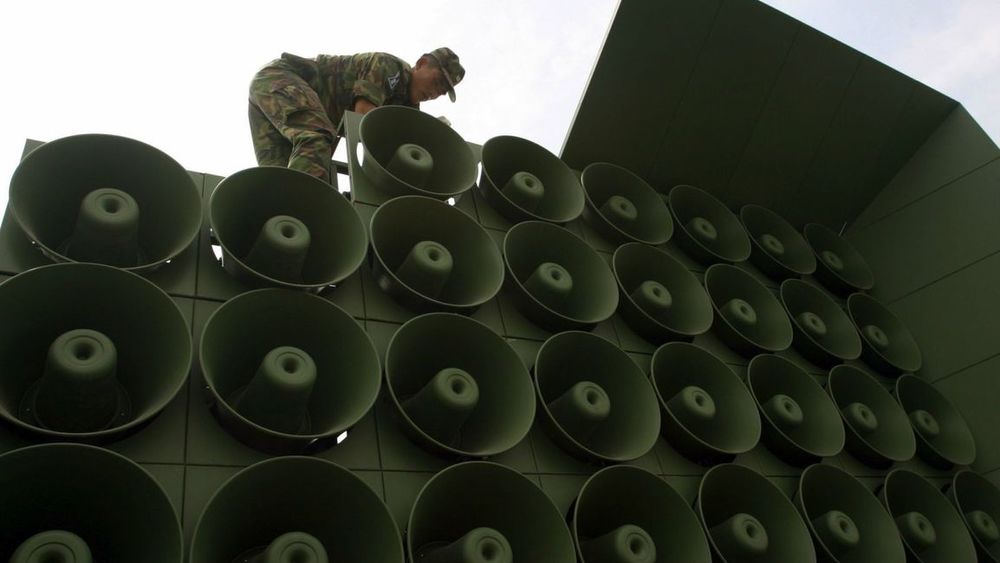 BREAKING NEWS – Seoul, South Korea – South Korea is making sure North Korea doesn’t forget about the regime’s soldier who recently defected to the South in a daring escape — by blasting updates about the defector’s health through its military’s loudspeakers at the Demilitarized Zone. South Korean troops broadcasted an update on a set of very large speakers regarding the North Korean soldier’s “nutritive conditions,” taking a hit at the Hermit Kingdom’s alleged health issues, Yonhap News Agency reported. The broadcasts are reportedly so loud that people within 12.4 miles from the DMZ are able to hear it. Dictator Kim Jong Un of North Korea is said to be so outraged at South Korea blasting the info, that he is now threatening to have executed, any of his citizens within 13 miles of the border, that are caught not wearing earplugs.