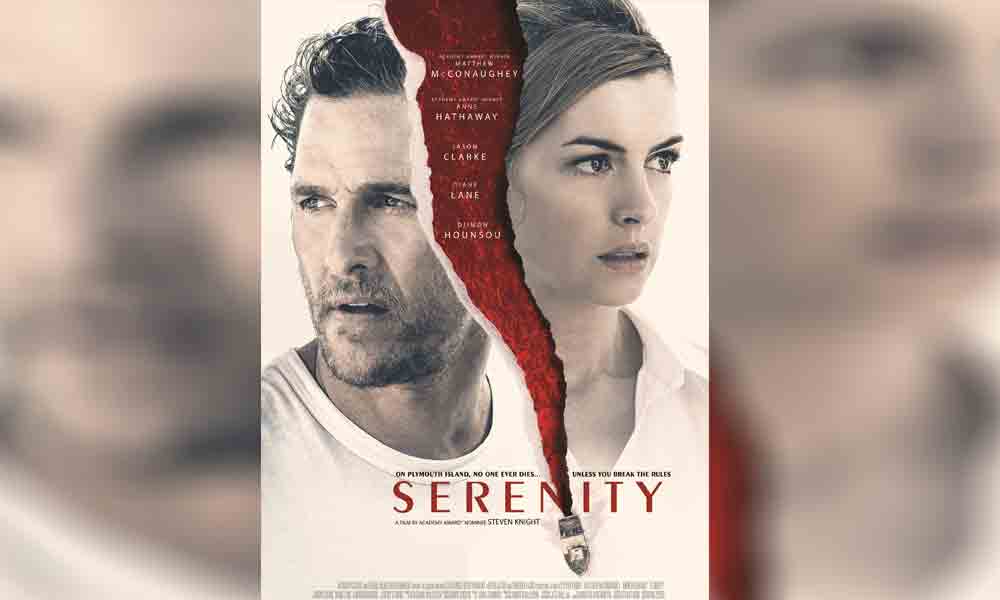 BREAKING NEWS – Hollywood, California – “Matthew McConaughey and Anne Hathaway’s new film “Serenity” bombed at the box office. For McConaughey it was one of the worst debuts of his career. The film, about a fishing boat captain on a mysterious island, was lambasted by critics (21 percent fresh on Rotten Tomatoes) and audiences agreed, giving it a D-plus CinemaScore. The film, is among McConaughey’s weakest performing wide-release debuts, behind only 2017’s “Gold” and 1996’s “Larger Than Life.” For Hathaway, it’s a new low. According the moviegoers that saw “Serenity”, it was so bad, that halfway through it, some of the people that worked at the concession stand walked out of the movie theater.