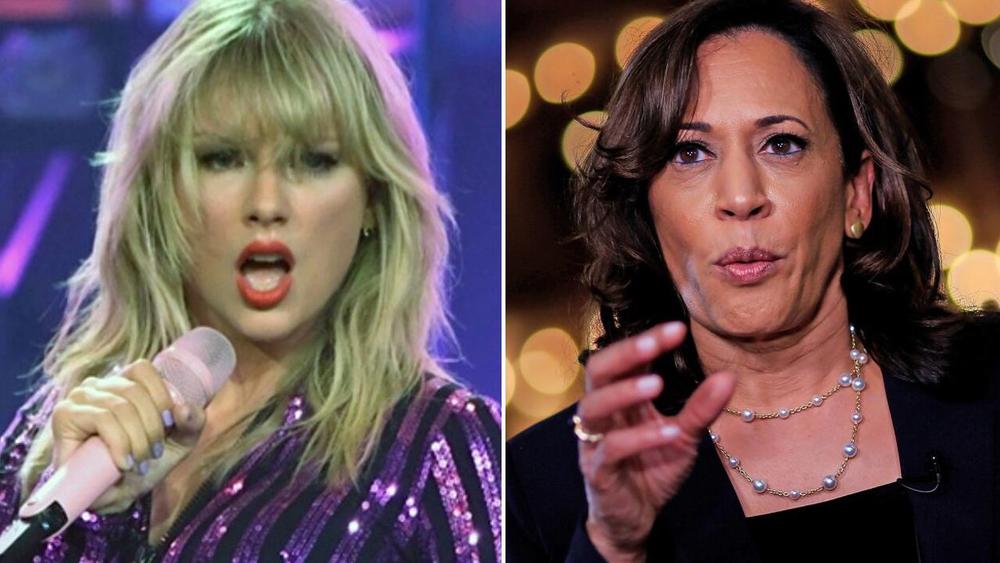 BREAKING NEWS – Los Angeles, California – Fans of Taylor Swift aren’t too happy with California Senator Kamala Harris, after the lawmaker held a fundraising event at the home of Swift’s latest nemesis, Scooter Braun. Swift’s supporters took to social media to slam the 2020 Democratic candidate, with one even begging Harris to drop out of the race altogether. Harris responded, “I will be dropping out of the race soon. Not because I was prompted by a tweet from someone I don’t even know, but because I am not getting any donations and all of the money is almost gone, black people can’t stand me, and people of all races and genders call most of my policies idiotic. So none of Taylor Swift’s fans can take credit of running me out of this race, that credit should go to the people that had the misfortune of listening to my speeches.”