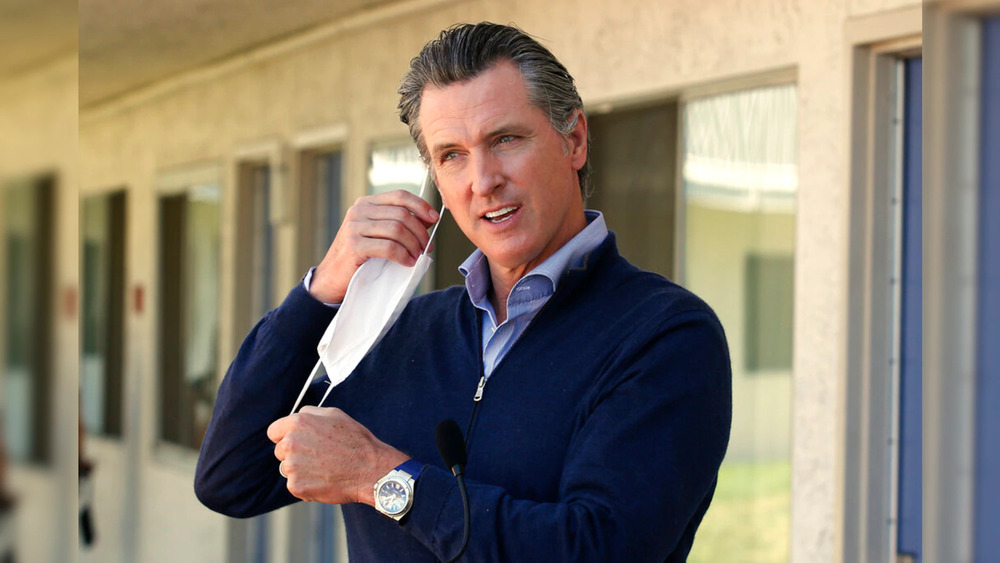 BREAKING NEWS – Sacramento, California – Gov. Gavin Newsom’s extravagant lunch out at one of California wine country’s most exclusive fine-dining establishments has drawn a storm of criticism from both sides of the political aisle — and it could wind up costing him more than just the steep price tag.

The Democrat has been fending off critics for more than a week after seemingly violating his own coronavirus restrictions to celebrate a well-connected friend’s birthday.

“He’s the one telling people to change their Thanksgiving plans — yet he himself is gathering privately at an expensive restaurant that many Californians can’t afford,” said Republican State Assemblyman James Gallagher.

Newsom responded at a press conference to the ongoing criticism. “People got me all wrong,” the governor began. “The reason why I was eating at that $350 per plate restaurant with a group of lobbyists was a test. I wanted to see if the restaurant would demand that we wear masks. They did not. They failed the test, and I am going to make sure that restaurant is heavily fined for their inexcusable negligence. That’s also the reason why I refused to pay for my meal, to teach them a lesson for flagrantly violated my imperative medical mandate!”