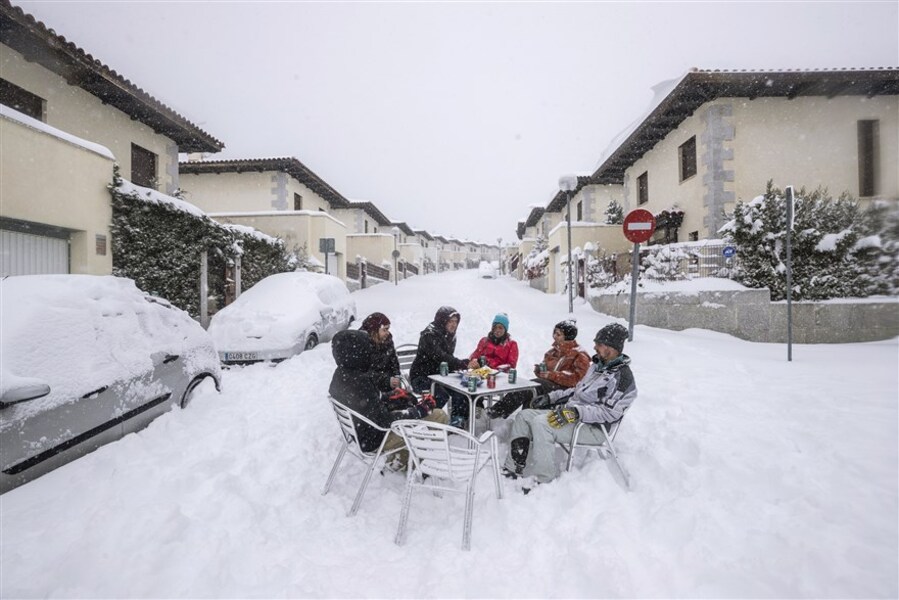 BREAKING NEWS – Bustarviejo, Spain – Neighbors enjoy drinks in the middle of the street during a blizzard in Bustarviejo on the outskirts of Madrid. It blanketed large parts of Spain with 50-year record levels of flurries, halting traffic and leaving thousands trapped in cars or in train stations and airports. Unfortunately for the people drinking in the streets, they were killed after getting intoxicated, when a man driving a snowplow ran them over, who was even more drunk than they were.