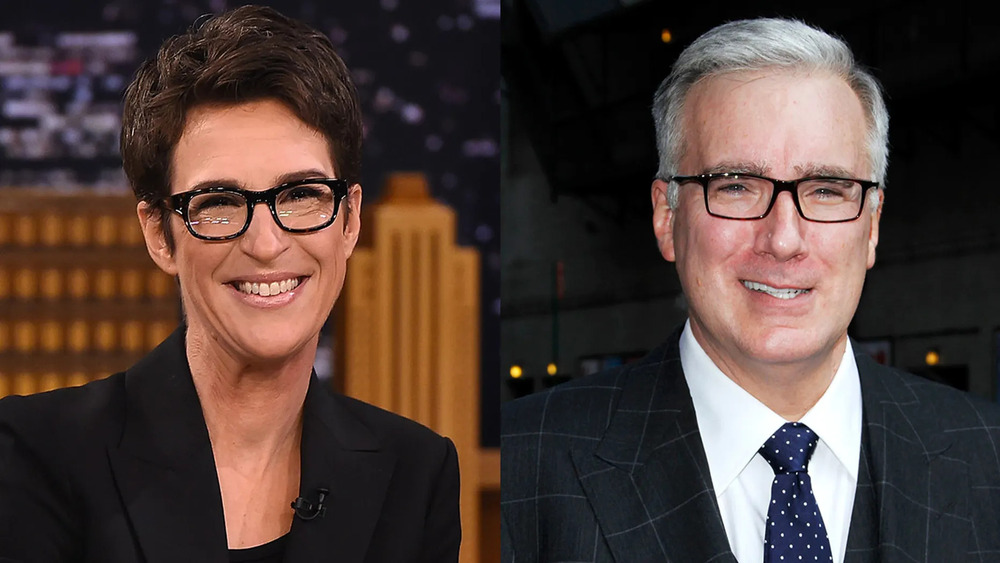 MSNBC has continued to brand its 9 p.m. hour as “The Rachel Maddow Show,” but with a series of rotating hosts, instead of Maddow herself, following the network’s biggest star stepping away from the network until April.

One replacement host who could have managed to draw an audience to the struggling network is liberal firebrand Keith Olbermann, a former MSNBC star who rose to prominence at the network from 2003 until 2011. Olbermann told The Daily Beast that he was in talks with MSNBC’s corporate overlords to take over the struggling 9 p.m. timeslot but Maddow “stepped in to personally veto him” as her replacement.

“I have an issue with being replaced with Keith ‘Older-man’,” Maddow stated in a stern tone. “At his age, he’ll only appeal to elderly gullible minds, whereas I easily emotionally manipulate young progressives that’ll believe anything I say, and run with it. Elderly people can’t run, thus I have a problem with their inability to spread my perpetually misleading monologues, that’s almost always devoid of relevant facts.”