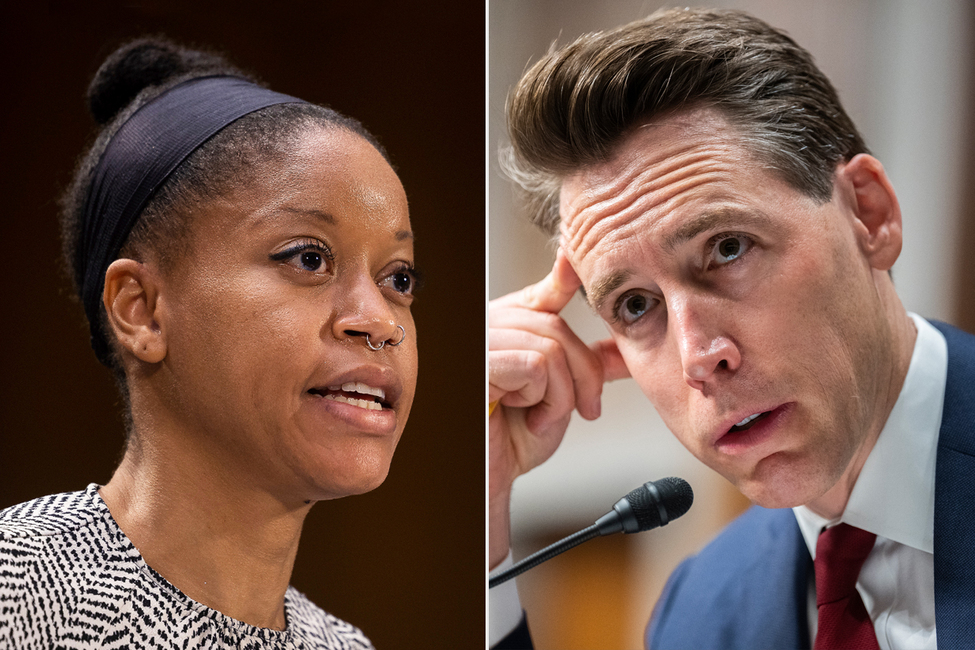 BREAKING NEWS – Washington, D.C.  – A Senate Judiciary Committee hearing on abortion and the legal consequence of the Supreme Court’s decision in Dobbs v. Jackson Women’s Health Organization blew up during a tense back and forth between Sen. Josh Hawley, R-Mo., and Berkeley Law Professor Khiara Bridges when the senator questioned her characterization of who can get pregnant.

“I want to recognize that your line of questioning is transphobic, and it opens up trans people to violence by not recognizing them,” said Bridges, who teaches courses in family law as well as reproductive rights and justice.

“Wow, you’re saying that I’m opening up people to violence by asking whether or not women are the only folks who can have pregnancies?” Hawley asked.

“Yes,” answered Bridges. “The courts need to clearly define what is a womb, what is a pregnancy, and what are stretch pants. In my opinion, the only way these words and terms can be legally defined, is to have a panel of liberal lawyers come up with answers that hurts the least amount of hyper-sensitive people’s feelings.”