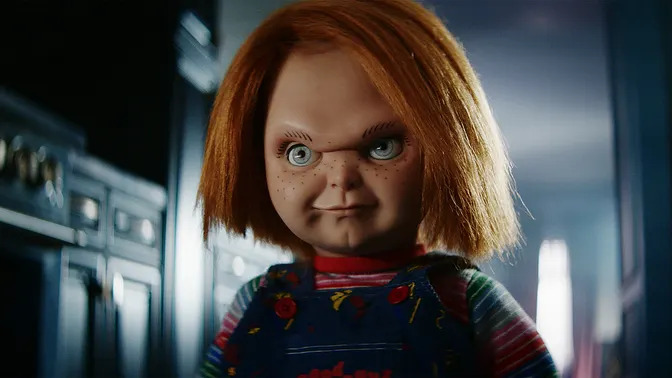 BREAKING NEWS – Pinson, Alabama – He’s back — The possessed, murderous doll that terrorized moviegoers in the 1988 hit “Child’s Play,” is now roaming the streets of an Alabama neighborhood as photos of a “real-life Chucky” have gone viral.

The human Chucky seen in photos standing on the side of the road of a residential neighborhood in Pinson, Alabama, waiting for cars to pass, was actually a 5-year-old boy named Jackson. The resourceful boy is now charging parents $50.00 per visit, to terrorize any children they have that constantly misbehaves. After conducting an investigation, the district attorney not only said the child wasn’t doing anything illegal, he hired Jackson to frighten some of his kids too.