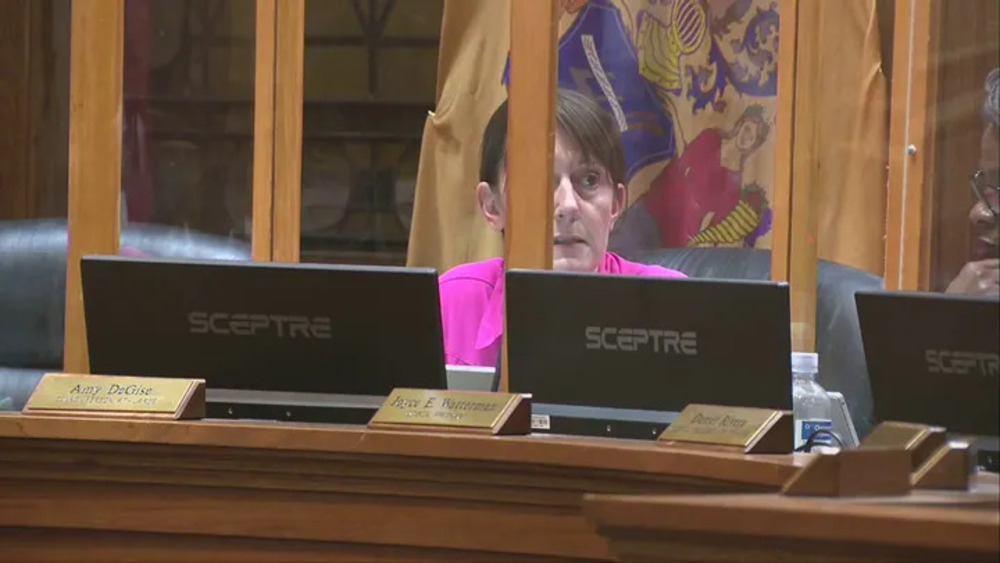 BREAKING NEWS – Jersey City, New Jersey – Jersey City Councilwoman Amy DeGise doubled down on her decision not to resign amid calls to do so after she allegedly hit a bicyclist in her car last month before fleeing the scene.

“When the legal process in traffic court is finished, I will have more to say and I can address outstanding concerns and questions. And in the meantime, I’m not resigning,” she plainly said, following more than two hours of hearing from members of the community. “I pass bills to maintain our streets. Based on that, I feel like I own the streets in this city. Which means that guy I ran over was on my property, and he’s lucky I didn’t have his dumb a** arrested for trespassing!”