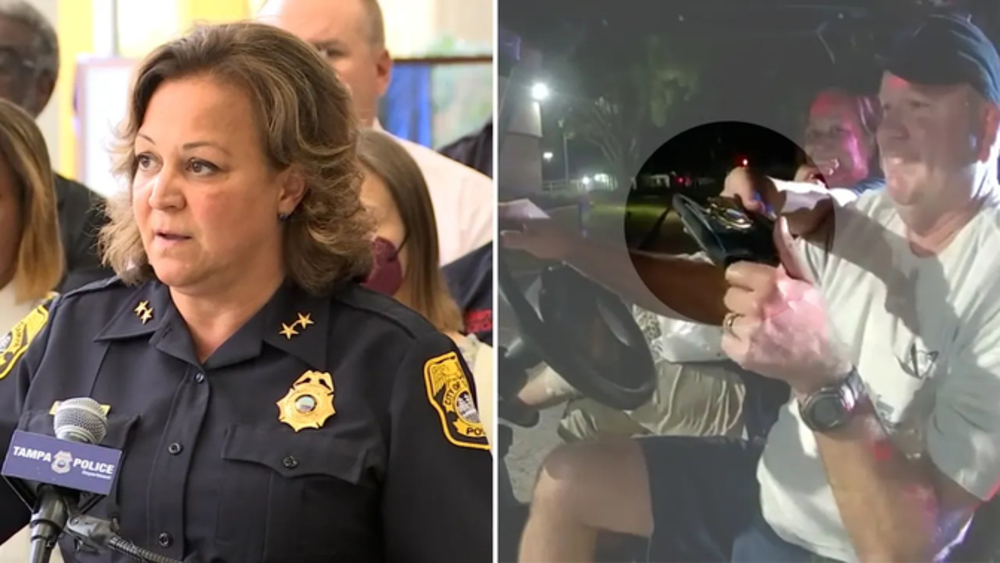 BREAKING NEWS – Largo, Florida – Tampa, Florida’s police chief has been placed on administrative leave after body camera footage revealed her flashing her badge during a traffic stop and saying she hoped the deputy would “let us go.”

Police Chief Mary O’Connor and her husband were pulled over by a Pinellas County deputy for driving a golf cart without a license plate tag on Nov. 12.

During the stop, O’Connor states, “I’m the police chief in Tampa,” while flashing her law enforcement badge.

“If you ever need anything, call me,” O’Connor said, handing the deputy her card. “Seriously.”

The couple was let go.

O’Connor later spoke at a press conference. “I’m not sure why I was placed on administrative leave,” she began. “The cop that let us go should be in trouble, not me. By his behavior, it appears that he can easily be bribed. I shouldn’t be penalized, instead I should be rewarded for discovering a potentially corrupt law enforcement officer.”