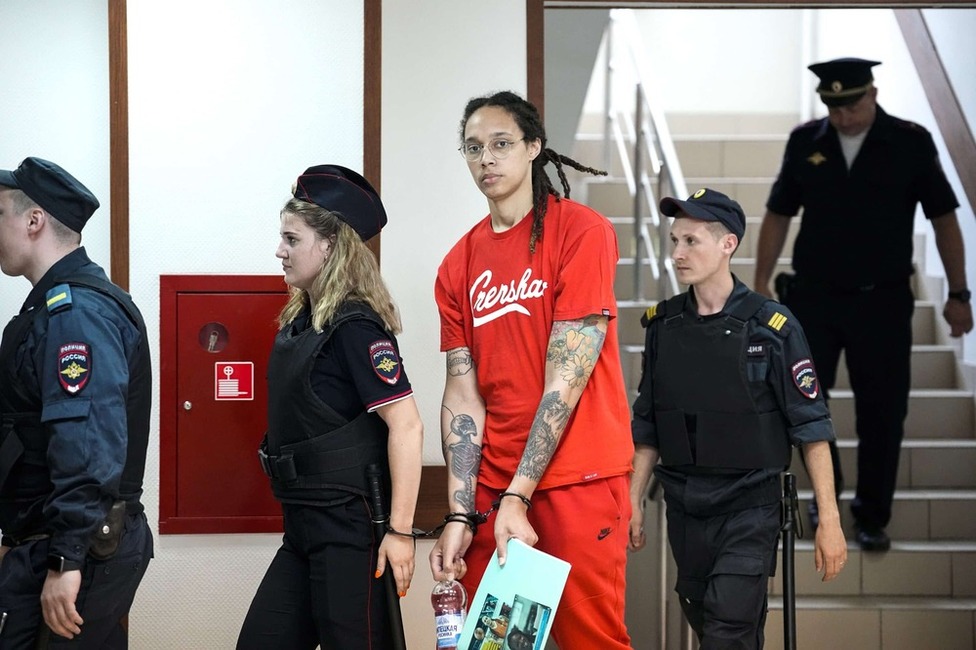 BREAKING NEWS – Washington, D.C. – Brittney Griner was arrested in February before the start of the Russia and Ukraine war for bringing in vape cartridges containing oils derived from cannabis through a Moscow airport as she was returning to the country to play for a basketball league in the country.

About 10 months later, just weeks before the Christmas holiday, Griner is coming home.

Griner was freed from a Russian penal colony on Thursday in a prisoner exchange for convicted Russian arms dealer Viktor Bout, a U.S. official confirmed to Fox News.

President Putin commented on the swap. “To be honest, we would’ve swapped Griner for any Russian,” he explained. “We wanted her outta here, because she was driving the prison guards crazy on what type of pronouns she wanted them to use when addressing her.”