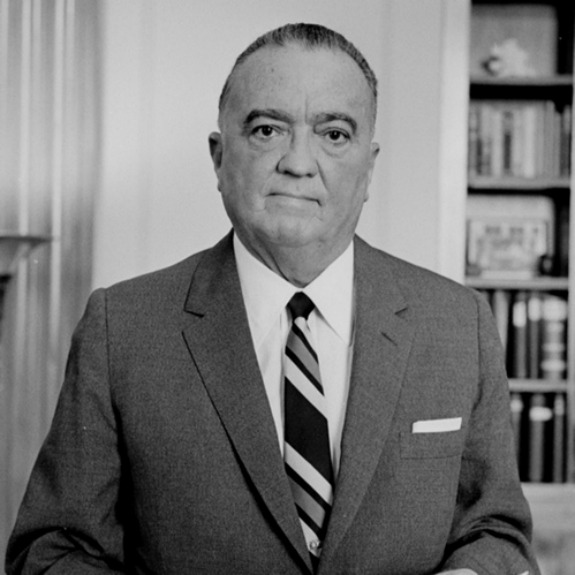 J. Edgar Hoover was the Director of the F.B.I. from 1924 until 1972 and served under eight presidents. He was one of the most powerful officials ever in the federal government. He also established its’ fingerprint file, crime laboratory and training academy. I wish I could have met him. Not so I could talk to him about crime or politics, but to ask him if it was true, that when he wasn’t wearing shirts and ties, he was wearing necklaces, evening gowns, and pumps.