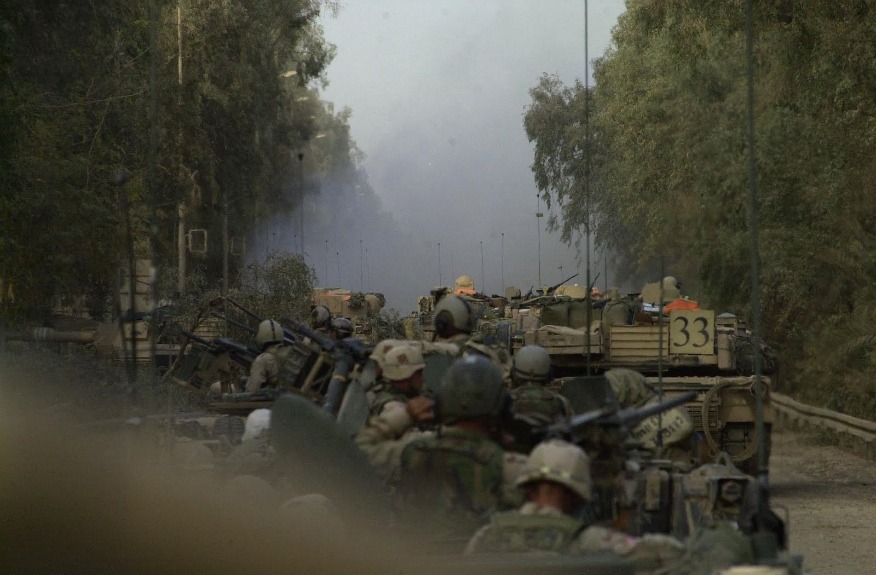 There are certain moments in my past that I’ll never forget. One certain day that is permanently etched in my mind is from 1992.

I was chosen along with about 50 others to be scouts. We had been travelling for hours, but we were all still alert, keenly aware of our surroundings. Things went from tranquil, to being pinned down in the worst crossfire I had ever seen. Bullets whistled passed my head countless times, and some even grazed my helmet. The captain repeatedly told us that air support was on the way and we had to hang tough until then and for us to conserve our limited amount of ammo.

All of a sudden there was a big explosion directly behind me. Eight men were blown apart, and another two were critically injured. They were hit by a grenade or a rocket launcher. I didn’t know which one and it really didn’t matter. I immediately went to the soldier with the worst injuries as the fire fight continued. I tried to tend to him but his wounds were so severe, I knew there was nothing I could do. He held on to my arm and moaned. I took his gun from him, and now I had one in each hand. Even though I was scared, I reacted mechanically, just as I was trained to do. Some of my other comrades retrieved the guns from the dead men in the back of us.

From a couple tanks in front of us I heard the captain shout, “Air support will be here in less than a minute!” Immediately after saying that, he got hit in the chest with multiple rounds and he went down. He was dead before he hit the ground.

By now I could hear the fighter planes, and the sound of their engines told me exactly where to look. But then the unexpected happened. About 10 people on the left side appeared in an instant, pointing rocket launchers toward us. It seemed like they all appeared to pull the trigger at the same time. The whole thing was a well organized ambush and there was no place to run and hide.

With only seconds before what appeared to be my imminent death, I heard a shouting voice about thirty feet away from me say, “Blake you have been playing those stupid violent video games for hours and your dinner is getting cold. And we really haven’t spoken since you came to visit.”

I said, “Ok ma, I’ll be done in a minute”. Anyway, she made macaroni and cheese or something like that.

One Reply to “Life through Blake’s eyes…”