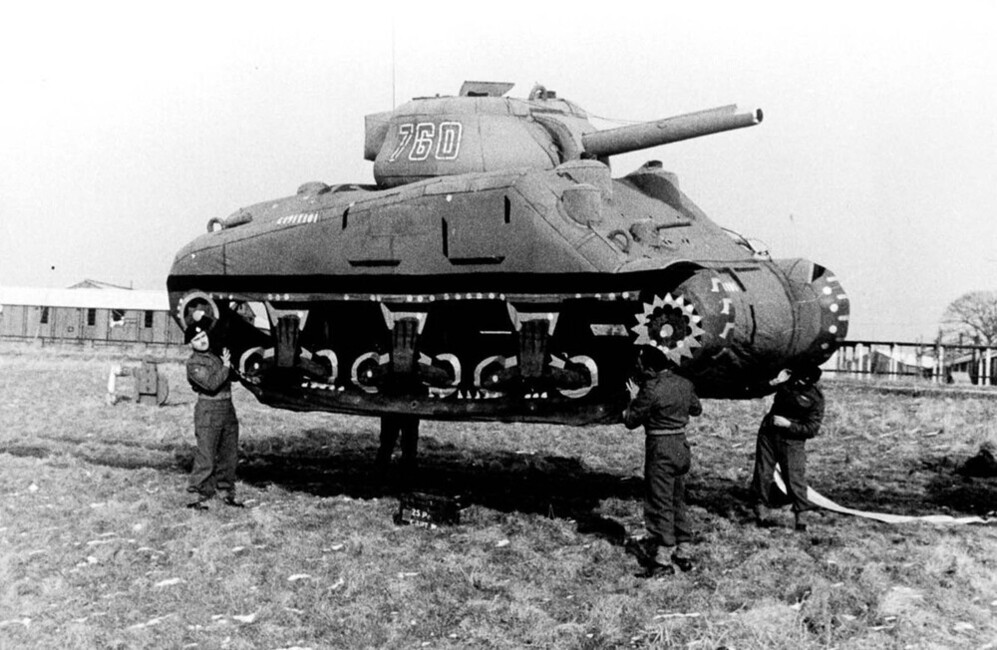 In the spring of 1944 during World War II, Hitler was duped into believing that the allies were going to attack Germany in northern France, but in reality it was southern France about 200 miles away. He believed that because the U.S. had placed thousands of tanks and jeeps on the coast of England, which were nothing more than some Hollywood manufactured balloons. In other words, Hitler was concerned about something that had the military might of a Macy’s day parade. What a misguided tyrannical idiot!