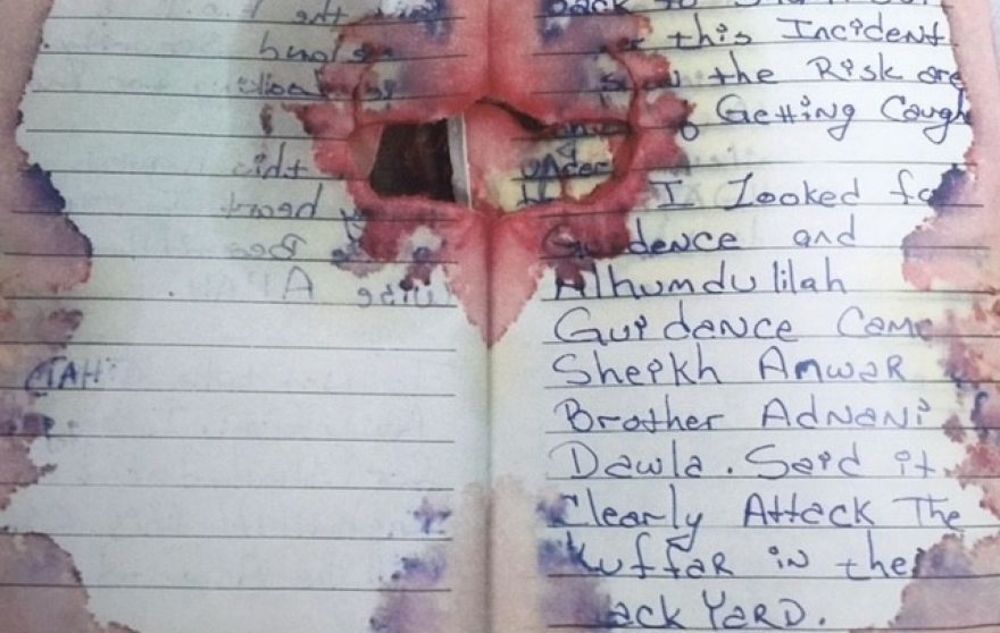 BREAKING NEWS – Washington, D.C. – Pages from the bloody journal of the New York and New Jersey bombing suspect Ahmad Khan Rahami show he was a follower of Al Qaeda as well as the Islamic State terror group, yet federal investigators made no reference to ISIS in their complaint charging him. “Even though he wrote about it, because his handwriting at times was illegible, I didn’t include a copy of it with the complaint”, explained U.S. Attorney General Loretta Lynch. “And I feel it would be insulting and disrespectful to Rahami, to put him in a position where people would be criticizing his poor penmanship.”