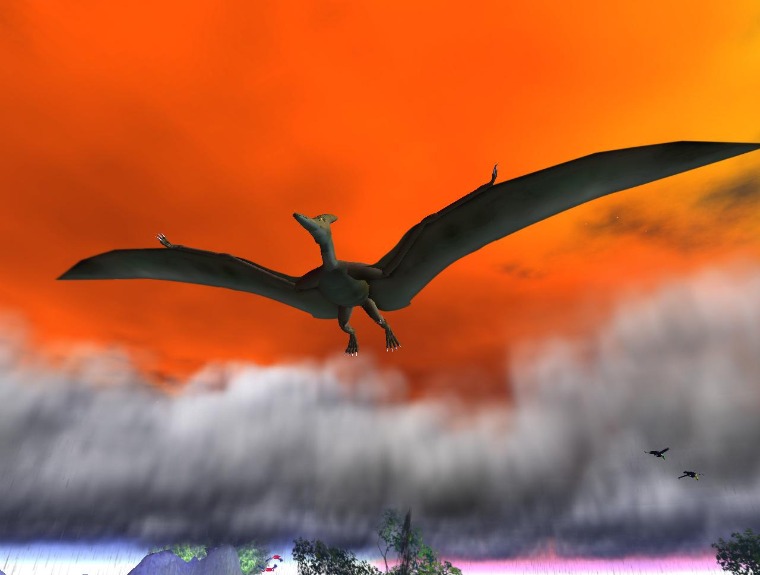 BREAKING NEWS – New Haven, Connecticut – Paleontologists and scientists have long debated if the pteranodon which existed in the dinosaur era, was a glider (because of its 30 foot wingspan) or if it actually took to flight from the ground. During a meeting at Yale University, both groups now agree that the enormous winged reptile could fly, and for long distances at a time. They base this on a recent discovery of an ancient nest of a pteranodon, where they found a fossilized list of prehistoric airports. Paleontologists and scientists are now debating if most of the flights were vacations or business trips.