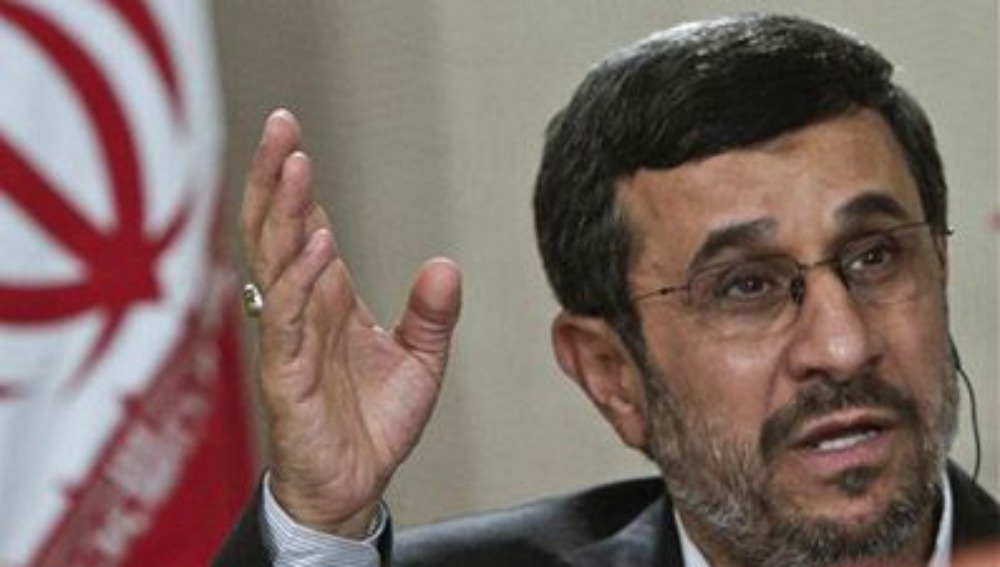 BREAKING NEWS – New York City, New York – While speaking before the U.N. General Assembly, Iranian President Mahmoud Ahmadinejad states that after his country acquires nuclear weapons, they will not attack Israel or the United States under certain conditions. He said he would demand at the very least, that Israel publicly admits that the Holocaust never happened. He said he would also want the United States to admit that slavery never happened, and to tell the truth about this “1969 moon landing nonsense”.