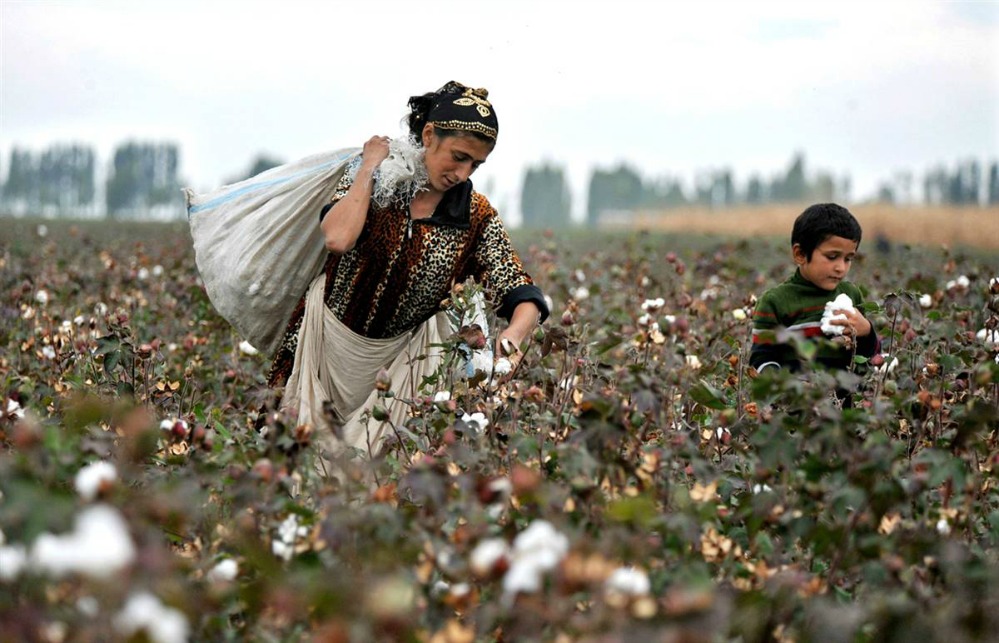 BREAKING NEWS – Bishkek, Kyrgyzstan – A Kyrgyz woman and her son pick cotton in a field near the village of Aravan some 15 miles outside Osh. After studying 18th century U.S. history, she says she now hates her job and plans on getting her occupation banned by starting a Civil War.