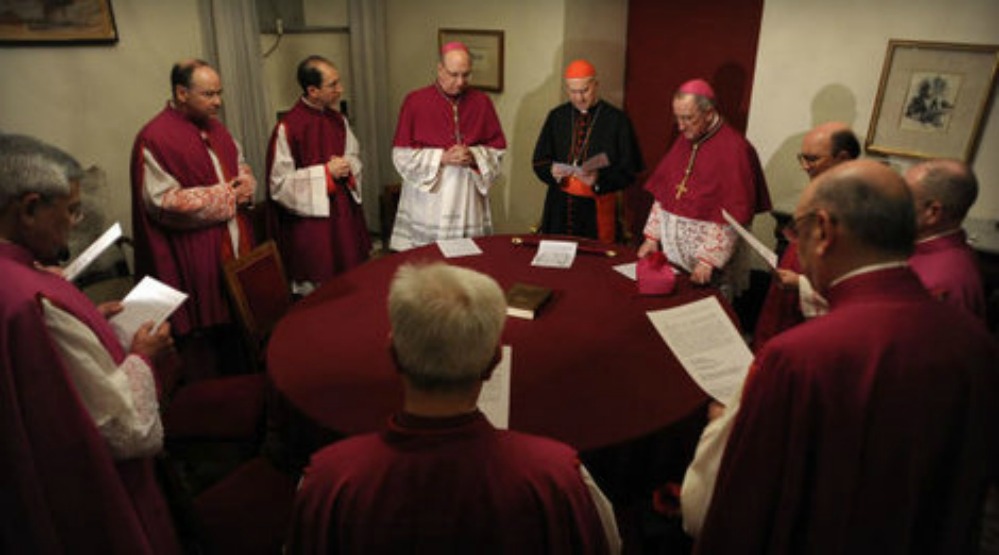 BREAKING NEWS – Vatican City, Italy – Cardinals that have gathered from all over the world, are seen going over the rules regarding their traditional marathon 24 hour poker game before electing a new pope. The new rules were put in writing to prevent the brutal fights that broke out at the last conclave, due to trash talking, raising out of turn, and praying to God inconspicuously asking Him to help fill an inside straight.