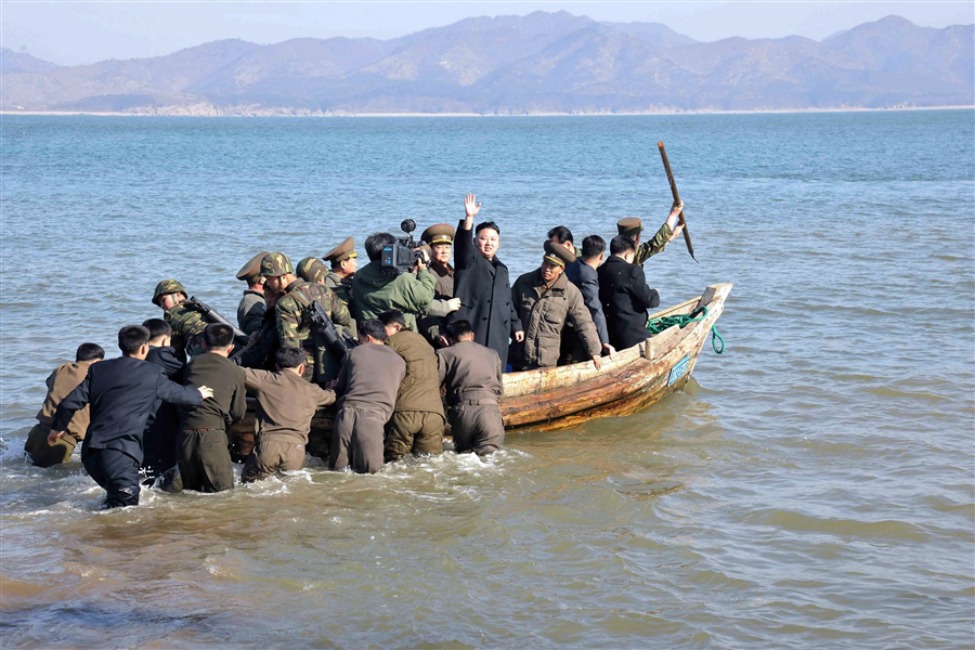 BREAKING NEWS – Pyongyang, North Korea – North-Korean leader Kim-Jong-Un shows his defiance by refusing to altar his plans, even though the U.S. sanctions includes not selling his country any outboard motors. One of the men whose job it is to swim behind the boat to help push it to its destination, stated that his job pays well but it’s a very dangerous assignment. He explained that most of the people that swims with him are killed by sharks after they smell blood in the water, that’s from a co-worker that gets shot for not paddling fast enough.