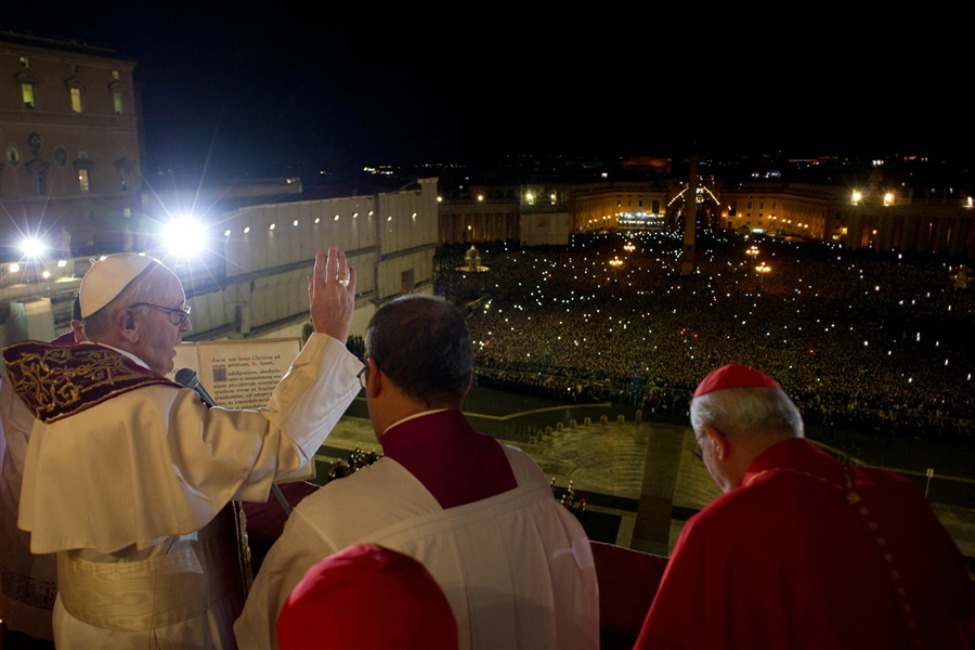 BREAKING NEWS – Vatican City, Italy – Argentina’s Jorge Bergoglio is elected as Pope Francis I of the Roman Catholic Church. He already has been nicknamed the “Laughing Pope” after he said during his first appearance at the window of St Peter’s Basilica’s balcony, that Hugo Chavez is now probably one of the hottest men in hell. He then said while still chuckling, that during the election process, the Cardinals went through over $10,000.00 worth of Heinekens, Budweisers, and communion wafers.