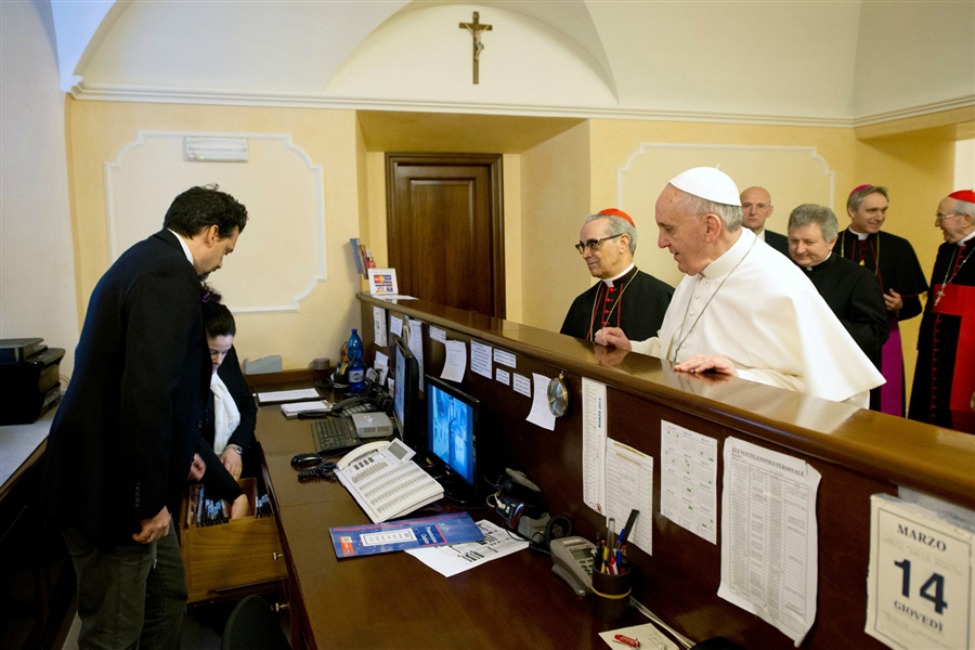 BREAKING NEWS – Rome, Italy – Newly elected Pope Francis I Cardinal Jorge Mario Bergoglio of Argentina, gets into a heated argument with a clerk while checking out of a hotel in Rome. The Pope was said to be so angry when he found out that his promised discounts had expired, that he said when he got back to the Vatican, he’d excommunicate anyone in the Catholic Church that’s also a member of Groupon.