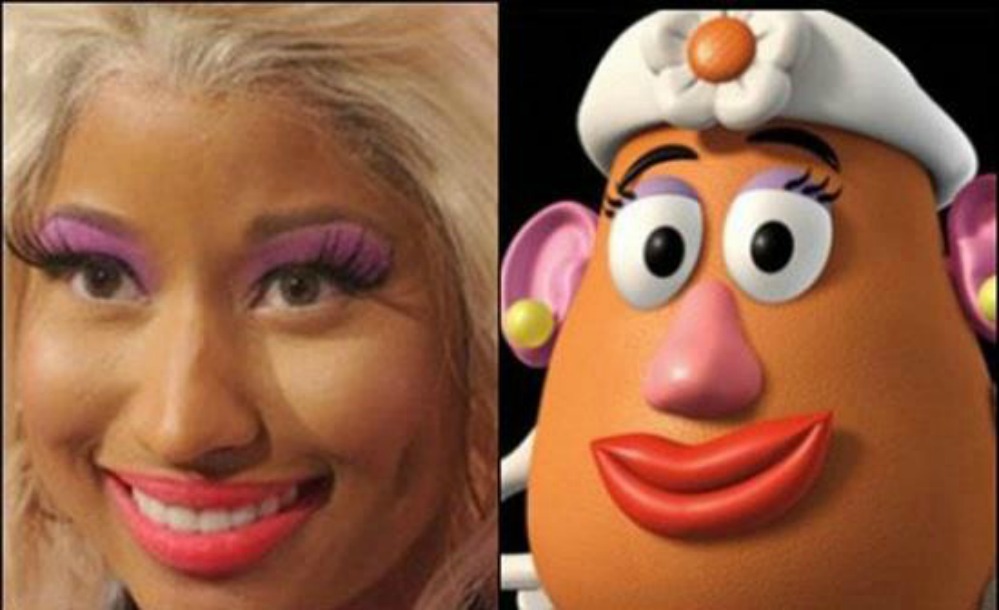 BREAKING NEWS – Hollywood, California – After conducting an investigation which included video surveillance, a private detective states that he has proof that “American Idol” judge Nicki Minaj and Mrs. Potato Head, are the exact same person. The unnamed detective said he has hundreds of photos that verify his allegation, plus footage of Nicki standing in front of a McDonald’s yelling at people that were eating French fries, calling them “insensitive cannibals”.