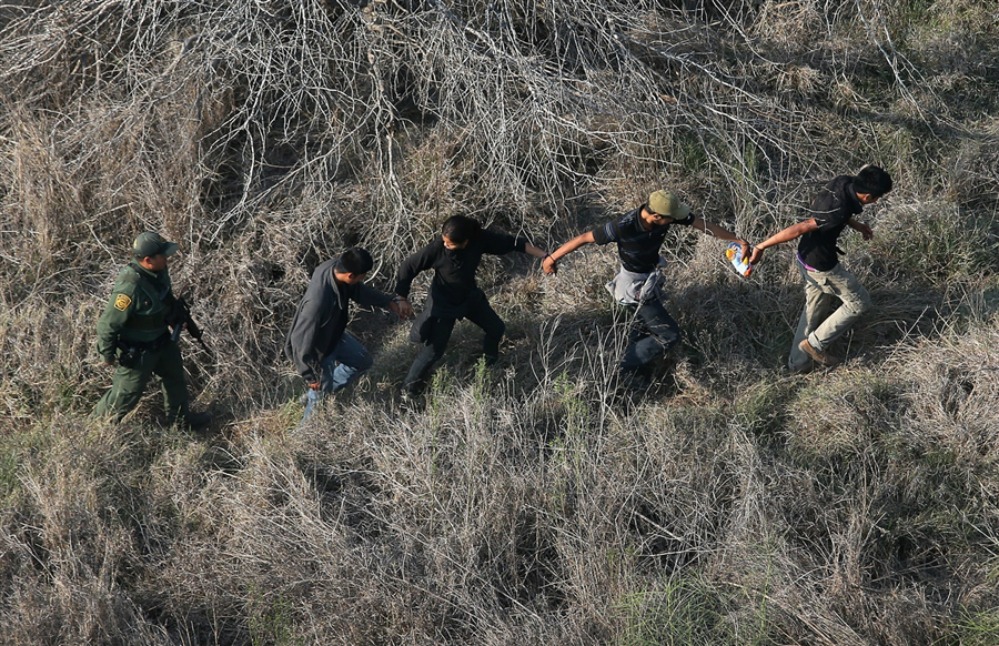 BREAKING NEWS – El Paso, Texas – The ACLU is calling the creative tactic of a U.S. Border patrol agent, unprofessional and manipulative. When the unnamed agent realized that he left his gun in his vehicle, he told the four men that were trying to sneak across the border, he was the host of reality show. And if they wanted to be on tv, they had to sing together while handcuffed. Shortly after the men voluntarily handcuffed themselves to each other, they realized that the agent lied to them about a new show on ABC called “South America’s Got Talent”.