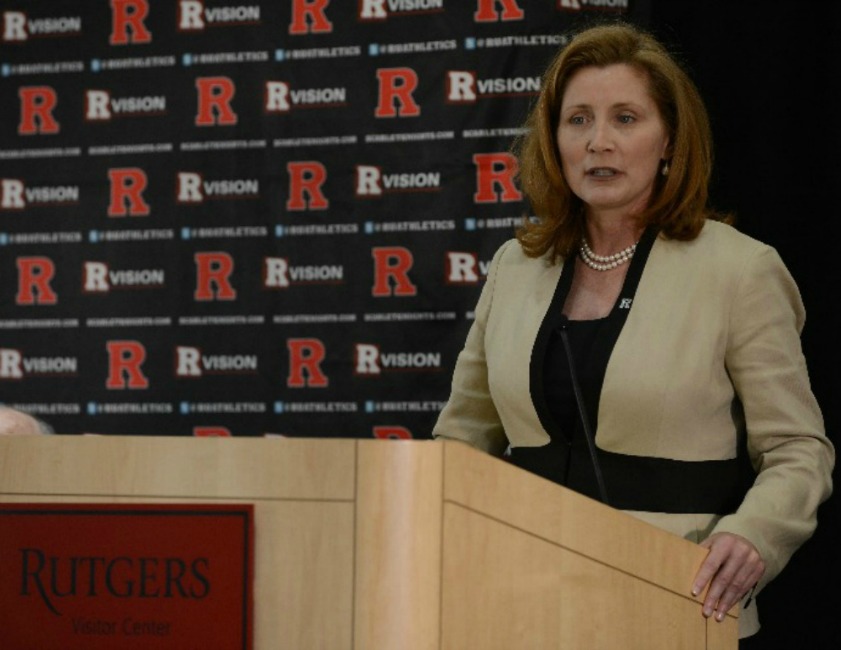 BREAKING NEWS – Newark, New Jersey – Controversy has erupted over accusations that Rutgers’ new athletic director Julie Hermann, had been abusive toward her volleyball players at the University of Tennessee in 1996, often referring to them in very vulgar terms. Many of the former players also said, that she was particularly brutal, when the players complained of cramps during their monthly cycle. They explained, at that time Hermann would viciously punch them in their stomachs while shouting “PMS is for wimps!” And if any of them buckled over from the pain, she would threaten to have their ovaries removed.