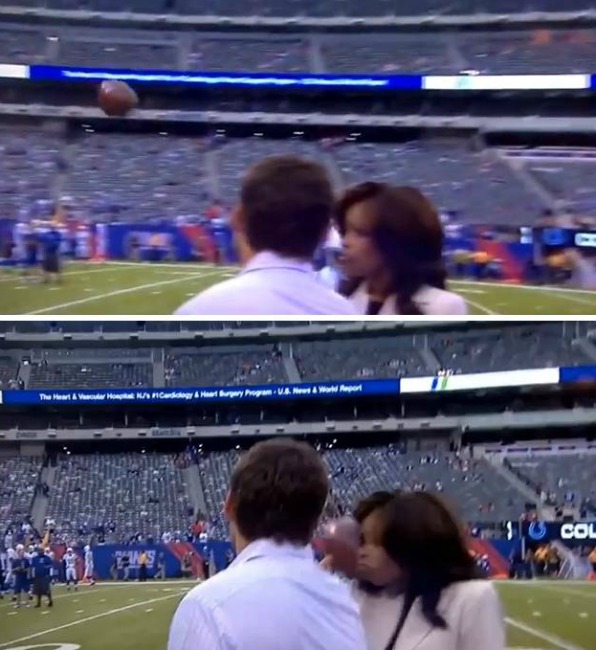 BREAKING NEWS – Indianapolis, Indiana – While conducting an interview on the sideline during a pre-season game, Fox’s Sports reporter Pam Oliver gets hit flush on the side of her face with a football. Even though she later laughed off the pass from Colts backup quarterback Chandler Harnish that sailed wide, the NAACP is demanding that he gets banned from the NFL for life, and the Congressional Black Caucus wants him prosecuted, charged with a hate crime.